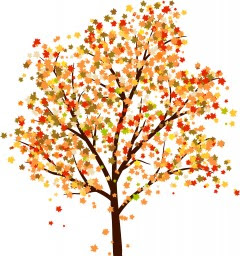 (This originally appeared in the September, 2015 issue of  The San Diego Troubadour. Reposted with kind permission-tb).

It never rains in California, so the song goes, and there are no seasons in this terrain, according to a great many residents transplanted from other states with what is commonly termed “real weather.” I was relocated from Michigan in 1969, in late July, at the same time the Woodstock Festival was in full swing and the counter culture was hitting its critical mass. To say the least, even at the age of 17, a head full of the rancorous MC5 and the careening blues improvisations of Cream still rattling in my memory from the times I slogged through snow, slush and hard, cold rain to attend and come home from no-age-limit rock ‘n’ roll shows, which were hosted in various Detroit clubs and associated caverns of calamity, I thought San Diego’s weather was over ripe with sunshine, warm wind, the sea breeze and salt air.I didn’t take to my new hometown that well in my first half decade here; it took about ten years for me to stop telling new acquaintances that I was from out of town, that we did things differently in the Motor City, that San Diego was inferior because there were no seasons to gauge your mood with, there was nothing conducive to making an inner life more soulful, fuller, deeper.

It took time, of course, but over the years, through high school and junior college and the different circle of friends I formed, I tired of my “outsider” rap and realized that there were seasons in this area after all, that once I stopped trying to instruct the world in what it should mean and be, the subtleties of the season, the shade of the light and the tone it creates in shadows are lovely indeed.There is beauty to be had, there is sadness to be felt, and there is peace to be engulfed by. Blessed, somehow, with the gift of surviving my best thinking and most of my mischief as a younger man, mellowness comprises more of my mood and the incidental things, the sweet sounds of lyrics against a forlorn melody drifting through an autumn air where the world is darker, colors deeper, the shadows of trees looming longer across sidewalks and lawns and streets, where the material world appears much more solid and even the plastered, stucco sides of apartments and the splintered siding of old, fly-apart garages give you a sense of being more solid and with a density of significance that suggests itself in the right light, the right month before the ascent of winter. It is a moment of clarity, which, perhaps, is too easily referred to as an epiphany, a moment when the air suggests the passage of time and the acquisition of my years to one’s life is not just an intellectual construct that is measured and filed away, but rather becomes felt experience. The floodgates open the collected memories of six decades, gather in a tight ball, and unspool.

All this is to say that I came across a version of “Autumn Leaves” by Eric Clapton, a game interpretation of the classic in which he applied his warm, husky burr of a voice to the melancholic melody. The song was a 1945 French song “Les Feuilles Mortes” (“The Dead Leaves”) written by Joseph Kosma and lyrics by poet Jacques Prévert. By 1947 English lyrics were written for the tune by American songwriter Johnny Mercer, and it has been a jazz standard since that time, with legendary renditions by Jo Stafford, Frank Sinatra, Nat King Cole, a very important melody in the Great American Songbook. Mercer, perhaps sensing that original title, translated from the French as “The Dead Leaves,” might be too grim for an American public, changed the title to what we know it as now. A crucial choice, as “autumn” suggests not the fatalistic end of something beautiful, thereby leaving someone in a permanent state of mourning. Rather, the substitution suggests that life is cyclical, that lifetimes have beginnings, middles, and ends until one’s last day or night on the planet, but that in between birth and death there is a variety of experiences to go through, curiousness to be satisfied; love to have, hold, and lose; fortunes to be made and lost; and always a new beginning, a new spring, a new summer, a new fall, a new winter. Growth, decline, renewal, a great chain of being, each experience enriched by the joys, frustrations, and sorrows that have come before.

You mourn the loss of a lover, the absence of wife or husband, you feel the ache deep in your marrow. You are reminded in sensations and rushes of exhilaration the memories of things that have changed you and made you the person you are at the moment a song plays, a piano chord chimes in the background, a singer’s dulcet one wafts through the window from a passing car, that melody releasing just a little of the stored emotion and that nearly overwhelms you with the idea that you are a part of a set of experiences that have made your life one that is full of meaning and purpose. Such as the filtered light of autumn sunshine casts long shadows and gives the world the neighborhoods one lives in and walks through a feeling of place that is deep and quirkishly profound. It is somehow more soulful for the sheer volume of human activity within its walls and along its streets, so you too feel older, rooted, a soul with a deep and quietly observed feeling for the small things, the incidental sounds, details, words that make up the world that you cannot, finally, be complete without.

The song is a beauty, a gem of the rarest sort where the melodic structure and the simple, bittersweet, yet achingly evocative lyrics lace together in a twine that is alternately tight and loose, a bind that has you in a grip and yet allows you, even compels you to remember, to dream with eyes open. Mercer’s lyrics are a marvel of brevity, the kind of lyric that is spare and without excessive poetic flourish, a sentiment of mixed emotiona that are spoken plainly but still have the power to evoke powerful recollections of when life seemed boundless with opportunity.

The falling leaves drift by the window,
The autumn leaves of red and gold.
I see your lips, the summer kisses,
The sunburned hands I used to hold.
Since you went away the days grow long,
And soon I’ll hear old winter’s song.
but I miss you most of all my darling
When Autumn leaves start to fall.

There are those who prefer Elvis Costello’s opaque moroseness, with each stanza rife with slippery rhymes and a nearly narcissistic grasp of one’s sorrow, others will opt for Joni Mitchell’s travelogue heartaches concerning her passing fancies, many will cite Tom Waits as their idea of a lyricist who combines surrealism with the ground-in grit, and many of us kneel before the altar Leonard Cohen’s sacred and profane testimonies of an inner life both erotic and spiritual. “Autumn Leaves,” though, speaks directly to the idea of the wizened season, of the days getting shorter as darkness overcomes the light, the air turns crisp, and the branches of trees become stark arrangements leafless limbs. It equates the color of the leaves with lips of the beloved, red and gold, the hands of the lover that are no longer there to grasp. There is, in the melody, a wonderful, simple intoxicating feeling of the melody going up and down in pitch, the slight rush of recollection in sunnier times, the realization that what is being is something that is memorized nostalgia and that one must confront, yet again, the hard truth that someone you loved is gone and getting on with his (or her) life, all this so one may get on with their own life. These are autumn moments when you stand in the middle of the sidewalk on residential streets staring at the curled leaves and their tri-colored hues waft on increasingly bare tree limbs as the wind gets chillier and more insistent. The leaves you see cover walkways and lawns in front of homes and apartment buildings that are being absorbed by a deep, muted light that makes the inanimate things of the world seem to pulse with significance, memory history that is private and without an adequate vocabulary to bring to sharp clarity. The melody climbs, pauses in a center as if to consider the sudden elation, and descends again, bringing you back to the present tense, the beautifully muted light and the pleasant cool air that assuages the troubled brow.

Eric Clapton sings in a low key, his wonderfully, slight hoarse croon not quite reaching the notes on the songs highest pitch, but still bringing us a message of a man who knows the seasons and the reconsiderations they entail. The late Eva Cassidy, a singer with an exquisitely expressive voice whose artfully timed inflections were the place where deep, rich bells seemed to ring, slowed her version down, making the melody move as if in a swooning reverie of intense happiness before giving way, haltingly, to the regret that what was once sweet is now removed. She sings it, croons it, and seduces the emotion from the lyric, a voice filling in the areas where one thinks there should be extra qualifiers, adjectives, verbs. But there is no need for that , for Cassidy, as her voice lingers over the words that are there, bare though they are, her tone modulating just so to the left and to the right, a slight inflection changing emphasis, suggesting other emotions welling up just under the emotional mess being confessed.

This is the state of being between moments of clarity – minutes, weeks, months when you notice the sun setting around 3pm and, as traffic stalls at intersections on the way to the freeway on ramp, the radio plays the old music and as you drum your fingers on the steering wheel, half aware of the traffic until a car horn blares, you get absorbed by the cool air, the dark cloud formations, the lyrics and musical hooks of songs that are the soundtrack for your story so far. You pause, or are made to linger, and you drift into the wonders of what it was like, contemplate just what the hell happened to you and the loves that made you whole, and come to accept the world you’re now a member of, an adult made full by every kiss and slap in the face one’s had the honor to have bestowed on them. We remember our mortality and become grateful for our humanity, grateful that ours are lives that have been touched and have touched others in turn.
at October 01, 2015