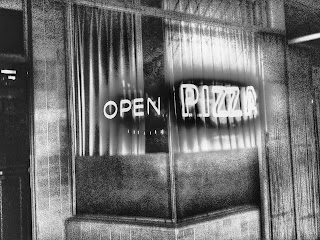 Commentary Magazine has a  provocative think piece on line that seeks to answer the question about Why College Kids are Avoiding the Study  of Literature.  My unfairly brief and brutal precis of the piece, which should be read for a a wealth of subtle discovers about the reason in the decline of interest in studying the canon of their  own and other cultures, is that there is a fantastic lack of will to do so. So much many novels , plays, poets over so many centuries, so many critical studies, abstracts, so many genres, so many opinions and torturous analysis to kill the joy of a good yarn. Are things really that different than when I was a literature major in the seventies and eighties?  I liked to drink a lot and I liked to think a lot at that time. I still think recreation-ally these days, and the joy was in finding out what I could make of something that might other wise have been merely a passing distraction.The abilities to both read for enjoyment and analyze the components of a story that make it art are not mutually exclusive. I majored in Literature both as undergrad and graduate student and found pleasure in discussing the finer points in narrative art.

It is a fine method to learning to think critically as a matter of habit, and the habit of thinking about literature analytically most certainly helps a great many people make better decisions after an informed study of the cases made in front of them. Theory is fine, over all, if it provides a frame work for which to place a poem, novel, play within and to help a reader reap subtler, richer veins of intent operating under the surface of an attractive prose; theories are only useful if they are flexible to account for ideas or notions the theorist might not have counted on. Otherwise, literary theory becomes a marsh of deferred discovery: strong interpretation, the pleasurable part of writing criticism and reading it as well, ceases and the conversation becomes about the undecidability of a text, that the center of a story is not fixed, that literature is a foul process for indoctrination into ever-invisible powers that be that pull the string.

The deconstructive, post- structuralist relativism that has prevailed for the last few decades--lately on the wane, I have read--is, in fact, a gutless, shallow, uncommitted liberalism that rolls over and plays dead when statements about the Human Condition need to be made; really, it just backs away from debate, ducks behind an opaque jargon, and frankly encourages you, the reader, to just accept that questioning authority is a waste of time. That won't do, of course. greed, and the point of any kind of criticism that is useful is in establishing why literature is distinct from other kinds of text. Reducing everything to "text" and subjecting them to a clever system of rationalized buck-passing in terms of developing an arguable point of view regarding the meaning and quality of a book is a cowardly . On the face of it, a proponent of this kind of hermetically sealed blather would insist that what's at stake is the coming to grips that narrative structure of any kind is a power play in which absolute and fixed cosmologies are positioned favorable , with storylines coming to inevitable conclusions and moral lessons, all done so under the guise of but with the more sinister purpose of basically maintaining a coercive influence over the reader, over the population.

This, of course, is a rather tepid reiteration of Marcuse's idea of "repressive tolerance" and Guy deBord's notion of the carnivalization of our fears in popular media in his book "Society of the Spectacle"; although the intent that is claimed is the final and permanent liberation of populations from the Capitalist master narrative and , as if awakening from some kind of mass bi-cameral slumber, are able to see the world on terms unsullied by a concentrated and well money center of power. This, I remember , was the goal of Modernists in and around the turn of the century and through the first and second World Wars, a good amount of that energy , both intellectually powerful and seductive, came from right wing extremes, Nazis and Italian fascists both , who wanted to preserve the pure and actual as they defined it, to rid the world of the false gods in art, religion and commerce, and restore an Eden that existed only in their fever dreams.

Millions paid for such reductionist folly with their lives. The task of criticism is to inspect, take apart, under stand moving parts in a work of art and the relationship and influence it has on the world around it. Even Marcuse would have argued that criticism and the use of theory was to discern what was worth noting under the surface of things like poems,novels, paintings, movies that gave us pleasure and how they made our existence better, fuller, more thoughtful. It was a means of allowing the reader to talk back to the writer who might have been making an arguement that would other wise be contrary to a reader's sphere of reference or taste. Criticism was about assessing quality and establishing conditions for praise and damnation, but it was also a means of keeping the conversation from settling into tired exchanges of manifesto ultimatums
at July 18, 2015