GUARDIANS OF THE GALAXY and the gag reflex 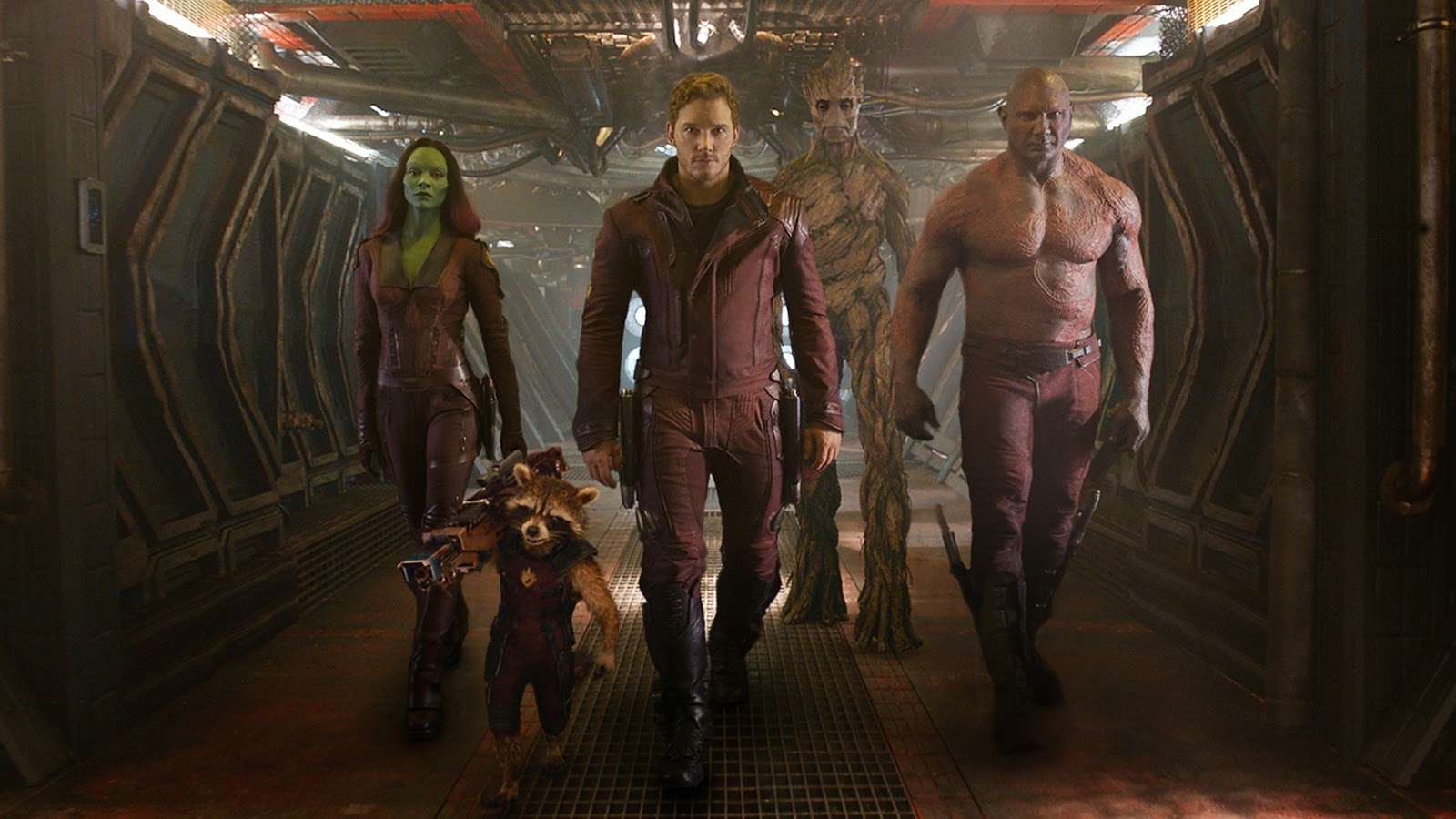 Despite critical praise and massive box office success, "Guardians of the Galaxy" was thunder and lightning, rattle and a choking grind and stammer for its two hour running time. Concerning a rag tag group of intergalactic misfits who band together in common cause to retrieve the most powerful element in the cosmos from evil doers who would use it to destroy planets, solar systems, and worse,the character interaction is slightly better than what you'd get from a Fox situation comedy, Those misfits are a mixed bag of dysfunction, being a white guy with mother issues, a raccoon with culture issues, a tree with facial expressions and syllables shorter than an accountant's pencil, a green lady with daddy issues, and a brute who is out to avenge the murder of his family.Suffice to say this troupe is collective of untapped potential who've only to go through their coming trials to discover their as yet undiscovered virtues and better inclinations.

All these heroes achieve a Hollywood inspired resolution and acceptance of those things that they cannot change and rise above the excuses they've provided for themselves and come to believe in something greater than themselves, a cause worth dying for. It turns out, not unexpectedly, that the greater good is friendship , true and blue. The Guardians are essentially a troupe of lonely guys who have found their posse. These are not heroes with intransigent issues and deep seated psychological traumas that do not heel, such as those that plague and motivate Batman and his Marvel Comics knockoff, Dare Devil. This being a universe where morality is no more complex than a slogan and the most credible emotion displayed throughout is from a computer generated tree, these denizens are malcontents whose traumas could be clarified and cured by a guest shots on the Doctor Phil Show.
Most bothersome is that the combination of the two dimensional humanity they attempt to bestow on the characters and the relentless barrage of prattle, eighties song hits and pop culture references and action sequences that are compressed and rushed and introduced whenever the plot begins to choke on its contradictions , the movie is not unlike being in the passenger seat of a car being driven by a drunk who thinks he's Quentin Tarantino.

This has the effect of being trapped in a video arcade with a unctuous preteens, jacked on sugar and energy drinks and a limitless supply of quarters and/ or tokens playing the noisiest games in the joint. There are explosions, cliff hangers, close calls, landscapes and city terrains getting devastated with vaguely described quantities of glowing, pulsating cosmic energy that seem required, in all cases, to be massively destructive to all material and living things, all living things, of course, save the a fore mentioned white guy, green woman, talking raccoon , monosyllabic tree and avenging brute. They appear to caught in an unannounced aura of transcendence, protecting them from explosions an flying projectiles. The profusion of near escapes strains credulity, even in a movie designed to be resolutely unbelievable Our willing suspension of disbelief snaps finally, and find ourselves in the icy realm of tedium; worst, noisy tedium with visual clutter.

Guardians of the Universe has editing style that is hardly better than the music videos that were the scourge of MTV in the grim, grey day of cable TV, back when it was reruns, televangelists and infomercials . The movie plays like it was designed for viewers with short attention spans . Scale has much to do with what makes characters believable in fantastic contexts, and I'd say that the contrivance of this film's set up overwhelms the possibility of empathetic response to them. It's much less that this film goes against the comic movie norm than that it plays out what have been Marvel's strength--good humor and an instinct to take the story JUST SERIOUSLY ENOUGH to make it dramatically compelling. For the characrters in GOTG, they do not really seem to fighting for a good cause against insurmountable odds. They are more like the Keystone Kops with a budget, a budget that was blown on production at the expense of story. In truth, the only thing you're doing with this movie is not waiting for the resolution to the conflicts that are brought before us but rather waiting for the spring on a stressed wind-up toy to snap and fly to pieces.
at August 13, 2014