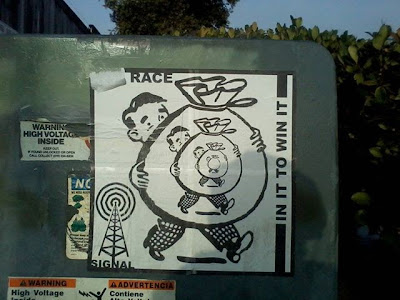 I've been intrigued by the idea that Pop Art was in fact Capitalist Folk Art, a form natural in its development as artists, naive in the most intelligent way, intuitively understood that the iconography and discarded wreckage of a consumer economy are the raw materials for art making.

This point , of course, has been witlessly obfuscated by French critics and habitual theorists, the simple that the actual no longer exists and now there are only unceasing replications of a vague idea of historical imagery and design--but what geniuses like Warhol did was the basic Dada gesture; familiar things taken out their context, their coded assignations, and placed within a frame, turning junk and cheap manufactured left overs into aesthetic objects. I always preferred Walter Benjamin's essay 'Art in the Age of Mechanical Reproduction", as I think the same ideas are explored earlier in the age, with a cheery optimism and mystical poetics that is hard to resist.

Benjamin  was romantic enough that art for it's good sake was a good thing for the individual and for the culture as a whole, an element required for a beneficial, if violent transition, and was convinced that the mass-reproduction of art images to a mass audience , the masses, that had no easy access to museums , galleries, salons or college courses, would result in millions of us, perhaps all of us achieving a level of spiritual fitness and willingness to not just discuss the world, but to change it. Art revealed to the many empowers those multitudes to dream of possibilities and the methods of fomenting the change.

Benjamin, over all was convinced that art's principal function was to produce joy, which one can consider to be a heightened sense of awareness. Warhol was in line with this, though was not a polemicist, not an activist; he was an artist who like things, the things of pop culture, the things that get thrown away. He was intrigued by the elements of design in factory goods when they became tattered and torn around the edges.

He was in love with the imperfection of the much circulated meme as it went from one copier to the next.While Warhol's art did force me, permanently, to be aware of how much economy, finances and manufactured consent formed my tastes--limited my options, so to speak--one marvels at Warhol's refusal to lecture, to opine, to get flummoxed by the confusion around him. He was a serene Buddha who gave us a mirror of our consumption who revealed, without rant or rhetoric, what's consuming us.
at August 30, 2013