Is anyone else weary of over reaching essays declaring Poetry either dead or hopelessly out of touch? Mark Edmundson takes a turn at being the drudge 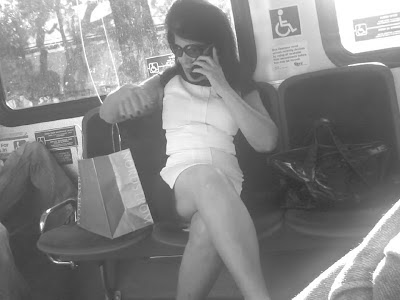 This is a spirited response to the 2013 Mark Edmundson essay in Harper's in which he declares American poetry obscure and out of touch. The "out of touch" accusation is legitimately up for debate, especially what that nondescript thing it is poets are supposed to be in "touch" with to begin with, but the charge that poetry is obscure misses the point. Edmundson sounds repulsed that modern in this country has become more difficult in many ways, that the clear vision of someone who can truly see as they are, without filters, is instead beset by clouds. It's the other way around because when it works, poetry is a case of the thing that was formerly being seen finally being given definition although, in the initial perception, that set of elements, the new connections between items that were unknown until the poet's discovery of them, is unrecognizable. Piety is about giving names to things that refuse, so far, to have them. Poetry is poetry precisely because it is more obscure in expression than even the most knotted prose style; it's safe to say that poetry from as early as we decided to subject it to critical agendas has been praised for its ability to avail the poet and thus the reader to witness connections between things--humankind and its experience in the world, whatever ideological or spiritual dogma informs the monologue-- that clean syntax and standardized reason would not.

The trick Edmundson tries to pull is Intimidation through Erudition--the sheer speed and volume of the writers he cites as evidence of his perceived trend toward obscurity and "being out of touch" and those he mentions favorably are located in the essay to impress, not substantiate. The problem is basically that his subject is too large--American Poetry has a rich and praiseworthy tradition of "difficult" poets and poetry who require more contextualized discussion, and that it is the tendency of serious poets, generally speaking, to address their ideas in ways that challenge conventional language use. He speaks of "us" and other tropes of so-called "real world" touchstones that are ignored in too much modern poetry, proceeding blindly (and blandly) under the assumption that everyone's experience of the world is popped from the same mold. This amounts as an insult to poetry itself and speaks to the limitations of Edmundson's imagination. He makes me think of someone who grabbed too many things from Supermarket aisles who thought he could shop without a basket; the results is that half of what he tries to bring to the cashier is dropped in his carelessness and haste.

The irony of the long battle for concrete and clear expression in poetry only gives rise to new forms of obscurity, for the most part. For all the modernist talk of addressing objects directly, free of literary baggage and abstraction--no ideas but in things, etc--we have instead of new forms of obscurity. But obscurity is a loaded word and I think what Edmundson objects to is ambiguity; whichever one you choose and whatever kind of poetry you’re dealing with, whether light bulb bare or elephantine and dressed in relentlessly hard to place analogies, a reader still needs to work through the poets filters and conceits and put the pieces together. The cry against obscurity, per se, is a straw man--what really counts is discerning and judging how well one uses that innate ambiguity/obscurity, and that is a discussion that needs an actual framework. My basic criteria is how well the poet uses this freedom, this allowance to be off center and slightly vague in his or her argument; does the writer give us a sense of what they are getting at in terms of the memorable, the truly unforgettable, are they original in metaphor and simile, are they a pleasure to parse, or are they merely another slog through trope-heavy ineptitude? Edmundson's point is a non-starter since he insists that obscurity ought "never” to be part of a how poetry is defined and that the principal aim of any valid poetry is to bring "clarity" to its subject. This is a plainly, baldly, stupidly reductionist argument that denies that the world has changed dramatically since the era before prose forms usurped poetry's standing as the dominant narrative form, and that the ways of thinking of the world, of perceiving the bigger picture hasn't been affected by the ongoing flux   of new technologies, economic orders, long and bloody wars, natural disasters. Where the role of art, poetry included, was to reconcile the human race's bad fortune with religious dogma and the like (which promised both purpose and coherence if a subtly and not so subtly shackled population remained complacent and  accepted the status quo), the influx  of rapid change, due, perhaps, with the invention of movable type and the increase of literacy and the general rise of expectations among workers and middle class in their lifetime, not the ones waiting for them in a theoretical heaven, the world came to see as less definite, less clear, in need of a more subjective response in order to connect the raw edge of one's experience against their expectations. Art changed in turn, a natural and right response to the general dialectic that I believe history orders itself as. Edmundson wants the world to remain fixed in the old Platonic notion that there is an immutable reality behind the mere appearances of

This world and that poetry must continue to seduce us to describe an Ideal that is more perfect, more real (for that matter) than what we have in front of us. This default metaphysics is wishful thinking and a strained argument for the dominance of the sort of window-pane clarity he insists on--it is a dangerous argument because rather than doing the real intellectual spadework of discussing, dissecting, digressing and discerning what is valuable, interesting, notable, entertaining, awful, ordinary, cliched, trite , contrived among the many varieties of poetic forms available to us, he would simply wish that the last  four or five hundred years of the modern era never took place; it is a dangerous idea to try to roll back people's thinking back to before the  16th century. I hardly like every "modern" and "obscure" poem I read--I dislike most poems I come across--but the point is to develop an ongoing critical response where qualities of worth and mediocrity are made clearer with regards to the way the diverse majority of us actually live. What Edmundson proposes is taking us to a land where dead things and ideas, so-called, carry more weight than what is alive, witty, interesting because of the elan that makes it unpredictable. Edmundson doesn’t want to start discussions, he wants to end them.

A localized, qualitative criticism would be better for getting people interested in poets and their work; this debate, about the vitality or sterility of American Poetry, speaks broadly, too broadly on either side. So broad that much is much is undisguised and the point finely lost.  Who are these people yelling into their cell phones about the price of multigrain bread? What does the bread taste like?