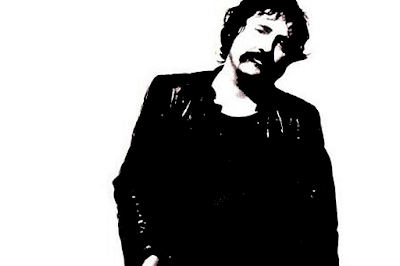 There is nothing more pleasurable than getting hot and nasty and railing against the elements of pop culture that have, over the decades, made you a miserable, prickly son of a bitch. This makes for the endless lists you find on the internet informing us of what are the worst movies, who are the worst poets, who are the biggest phonies in the arts; it is culture of complaint where the bad tidings never cease and the invective, borrowed, retooled and hastily installed for the next rant against someone's string of bubble gum rock hit singles,  flows, splinters, shreds and generally assaults what is assumed to be the pervasive valley of lowbrow gruel that makes up the symbolic substance of our inner lives. I  have an aversion to the worst , simplistic grue the popular arts clobbers us with and appreciate distinctions made by the likes of a Mencken, a Dwight McDonald, a Robert Hughes who passionately delineate the morbidly sentimental from the fresh, the expressive, the honest and the truly original in the panoply of artist's work available to us. But I generally look askance at lists like this one  Salon has published that highlights the foaming contempt of  Sean Beaudoin. I don't know where else Beaudoin has written and will admit that this man knows when to use a comma, where to place a modifier, but the sort of controversial hate he tries to generate  borders on self-induced hysteria, the sort of volume you hear from a three-year-old who is obviously  attempting to sustain a  loud crying jag in an effort to manipulate his or her parents.
Our disgruntled pundit here keeps it loud in order to keep our attention; there was a collection of rock and roll reviews, edited by veteran review Jim DeRogatis entitled Kill Your Idols where a selection of younger critics reviewed a representative sample of classic albums. What might have been an interesting collection of essays by smart  writers with no generational vested interest in the albums --actual criticism, in others words, a discussion  of what works and what is less sustainable in the music of the Beatles, Dylan, The Stones, The Band--turns instead into a dumping ground of bile and contempt for older rock and roll and pop. It was a grueling, monotonous set of performances, leading one to the idea that there is nothing more boring than a bored cynic.
Another task of criticism of is, plainly, to remain interested in the milieu they choose to cover. Duncan Shepard, the brilliant longtime film critic for the San Diego Reader, left his post when his enjoyment diminished. I respect that. Beaudoin does something remarkable in that he succeeds in creating torpor in a much briefer space:  his column, if read top to bottom, has the dulling effect of having to work next to loud machinery.  What is remarkable about this article isn't what Beaudoin has to say about overexposed, passe and otherwise dulling pop artists, but rather his manner of expression; his prose is the perfect expression of what Harold Bloom meant by his idea of the Anxiety of Influence, that every writer alive is competing with and trying to show up their influences. You can imagine Sean as an earnest kid himself imagining the shimmering presence of Lester Bangs, Mencken and others looking over his shoulder while he types in a fit of convoluted fury, nodding to one another that young has got it. Beaudoin hasn't got it--these paragraphs are overstuffed with metaphors, similes and colliding qualifiers that serve up more noise than clarity. The writing tries to be funny and winds up instead as merely out of breath. This is the perfect example of someone not writing an essay but trotting out their shtick.
at July 13, 2012

Email ThisBlogThis!Share to TwitterShare to FacebookShare to Pinterest
Labels: criticism