Jonathan Franzen’s “Farther Away” is marred by his anger about David Foster Wallace:

.It is the writer's job to be interested in his responses to events around him, but there is such a thing as creating a style that makes one's intense self-regard a bearable  thing for a reader who otherwise might care less. Jonathan Franzen is a the author of several important literary novels and he does a fine job, over all, of casting his own personality as the model from which his characters find their motivating nest of bad habits and rationalizations; he is much better at it than ,say, Philip Roth, too often cited as the Next American Nobel Prize winner, who's creations sound more or less sound like the same person , albeit each with particular scab to pick. Franzen gives you the feeling that his characters , although different versions of his established personality, are actually the sorts of people who naturally be attracted to each other, for good or ill. His fictional universe is whole enough to add dimension and texture to gripes and rationalizations that would otherwise seem self serving.

Franzen, however, is way too serious to be considered a serious writer of non fiction; what he finds time to write about between novels makes it sound that just being Jonathan Franzen is a burden.  He treats his job as a novelist not as gift, or even a craft, but as task, an endurance of miserable labor done with  the obligated resentment of someone charged with raising the masses from the murk that is their collective habit of mind.Franzen the nonfiction writer appeals to that part of the audience who thing quality writing is a stream of associations, metaphors and similes that defer the point the author assures us he is reaching. All the divergences and deviations from the stated topic seem to me to be a ploy to makes us think that there is more going on than we thought, or that the scribe has done their homework and rigorously considered his expression. That is a problem with having a superficially elegant style; you're generally able to wing it, inserting any notion that occurs to you, making their intrusion seamless, seemingly, because you've mastered transitional devices. This is the reason I prefer Franzen the novelist, because it at least it a form where making stuff up is required. Fiction, literary or popular, is the next best thing for the compulsive fabulist, aka liar, as all the narrative inventions are contained in a form where the contents have no fidelity to actual events. Not that I think Franzen is a liar or a trader in shaded accounts. 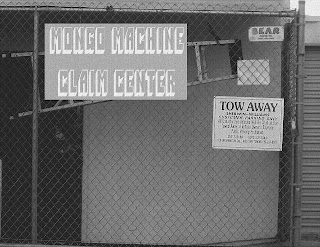 Writing about your life as if it were fiction make for remarkable reading experiences; there are number of writers who even went so far as to refer to themselves in third person--Julius Caesar, Henry Adams, and Norman Mailer. Melville fictionalized his persona in is expansive poems in order to give a sense of how America is singular historical and cultural personality made possible by an unprecedented diversity in the population--he took on himself to speak for the collective Us as no one else could. The light touch is needed, however, and one needs to know how little to talk about oneself having an experience and how much they need to speak to whatever facet of their world their guise as a fictional character brings them. In any event, it is a device to bring a writer's ideas to the world, shame free.


It's a musty theater adage, one actor telling another, that you shouldn't let the audience notice you "acting". In that sense, Franzen is vainer about his status as a writer that he cannot help but seem as though he's preening even in his uncertainty. His persona is too large for the true stories he wants to tell; the art of writing literary memoirs, I suspect, is knowing when to drop the personal pronouns and concentrate instead on what one has witnessed. This is a key element in what has made travel essay writing, from Henry James, Mark Twain upward through Paul Theroux and beyond, a generally pleasurable experience. Franzen never actually convinces me that he forgets his status while composing --I suppose this writer regards his material the way a construction worker regards a large stack of bricks that need to be carted to another location on a work site. This should be done without fretting. Franzen frets and it seems he can't help himself.

His problem as an author of autobiographical pieces is his attempts to make his life, the writer's life, more interesting and dramatic. The writing has the faint aroma of perspiration, the kind of stench that arises when you overwork the body. Franzen is unfailingly elegant in his prose writing--for purely stylistic reasons, he is one of the best writers currently committing words to a page ,  whether paper or computer screen.  Beyond that, his writing grates because his default response, or reaction, to matters that occur in his life are that they are things that happen to him and that beyond his ambivalence as to how he should react/respond , there lingers a resentment that these events have gotten in his way, slowed him down, ruined the symmetry  of his timeline. Franzen the non fiction writer is the kind of person you want to avoid because you're afraid you'll become more like them, a nervous dweeb who wants to be left alone and yet forever feels resentment because he feels good folks are ignoring him. He makes you nervous reading him because you worry  that you might be more like him than you already know.
at April 26, 2012