The Lottery by Edward Hirsch 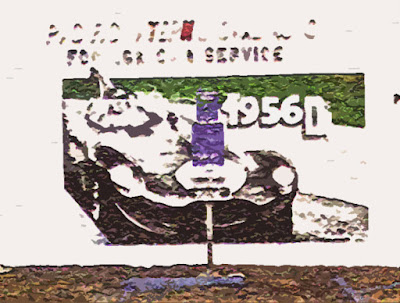 This poem is nothing but lead weight all around; it is a premise strong enough for a short story or a sequence in a longer novel, perhaps by the likes of Russell Banks, who's books are full of sad men at some post-crisis point in their life, recollecting over drinks, lots of drinks, about the intensity of a youth that is invariably squandered in is depressed tales.
Hundreds of us pressed tightly together

In the south lounge of the Forum
To watch the lottery on a giant TV screen.
The failure of the poem, perhaps, is that Ed Hirsch isn't a good enough writer of fiction to have plots points segue into revelations of character, the revelation of a world view that has the grit of felt experience.

We were stuck in the heart of the country,
But in Washington, the men in sober suits
Stood together on the bright stage


And faced the rolling cameras
For the invocation blessing our country,
Which would be a blessing to the world,


And the roll call of birth dates.
The mood among our motley seemed
Festive and fearful, seething, curious.

This might as well be a TV Guide synopsis of a movie being broadcast after hours when the house is quiet and each incidental sound due to sagging wood beams or running water are too loud, prohibitive of serenity or self-reflection.
Banks, not the perfect narrative artist, was convincing in the worlds he chose to bring to book length; his types of tale, with narrators bordering on suicidal depression, are not the things that make for a lyric poem.


The selection: a random sequence
Of blue capsules mixed in a shoe box
And pulled out of a glass bowl.

September 14thwas the first date
Pasted onto an enormous white board
With 365 more empty slots.
April 24th: the lucky second.

Someone muttered, "I'm fucked";
Someone lit a joint, as at a concert;


And the girl next to me began to sob
For her high-school boyfriend in Cedar Falls
Whose birthday was December 30th.
History existed only in textbooks,

But it arrived for us on December 1st, 1969,
With the Selective Service System.
Those blue plastic capsules opened,


Or get drunk or pack for Saskatchewan—
Where was it, anyway?—or muse over

The randomness of dying in Vietnam.
.
Might we have lingered longer  after all the birthdays were called off and had some details , in miniature, of how the incredibly lucky and the fairly damned responded to their fates being given a tangible timeline? But the poet is in a hurry, his concentration on a series of tasks he has yet to begin. There is a punch line coming up somewhere, some dated moral disguised, perhaps , as an irony that only know reveals itself now that the narrator has lived long enough to see the finite perspective he forced his experiences to fit into: The randomness of dying in Vietnam.  This is the kind of poem that would get a young poet at an anti war rally in the Sixties totally and completed laid by someone else who heard him or him read ,convinced as they might have been that these were lines that explained the natures of right and wrong and pleasure and denial. Today it sounds inane and dated. It is a last line that sounds like so many other last lines that strike you as having been composed before the rest of the preceding poem; it’s  a suit that was tailored just to accommodate the existence  of fairly spectacular zipper.
This poem is blunted by the fact that Hirsch stops himself from using his prerogative and writing longer; he wants the pathos to be suggested, whispered behind the collective reticence to show emotion.
The poem instead just lays there like a dead wife. There is a species of permanent mourning in Hirsch’s poems , as there is Bank’s novels and short stories; this seems to be an extreme latter day variation  of Hemingway’s idea that a real man should live by a personal  code to which only he is privy to and for which  only he can gauge a fidelity to the finer points  of a Technicolor set  of undisclosed do’s and don’ts.
at October 02, 2011