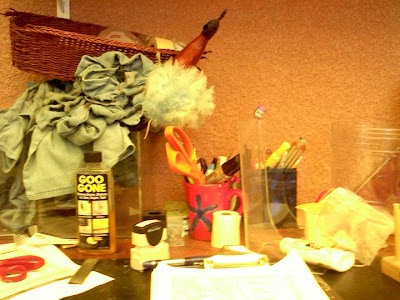 I was pleasantly surprised to find myself enjoying this poem, as Strand, since I first read him in the Seventies, has never been one of my favorite poets; he continually demonstrated a rather fine lyric sense that could make the banal details of a street, a room, a sound transcend their roots in the commonplace and suggest something more behind the utility of mere definition. His world seemed to pulse with significance that was tangible , conspicuous, yet hidden.
He has been, though, too much of a worry wart for me, there was nearly always something terrible that has happened or about to happen or that didn't happen at all but the thought of which gave his poems a nervous, anxious quality that stopped being exhilarating after a few dozen poems . This, though, is a collected bit of consideration, a pause to remark on a personal mood that has nothing to do with catastrophes of fact or fiction and wonders instead not about the awful things that might befall his surrogate narrators but rather what it might be to consider a space that is perfect solely because it vacant. The nervousness, real and feigned, gives way to a poem perfect for someone who is tired of holding on to the hand rail too tightly.
I am not, though,thrilled by Strand's preference for the paragraph form--I have a fondness for prose poems and enjoy the writings of Whitman, Silliman, Bernstein, Goldbarth and Gertrude Stein precisely because the paragraph is the perfect way to have unlike things collide , conflate and fuse together in radically transformations; there is a sense of havoc being visited upon a number of worn out referential templates that are suddenly made to make sense in ways no one intended.

The language gets a long and severe road testing there and we, I think, are better for it. Strand's poem, though, is not accumalation, not collision, but a pared down consideration, observation, revelation: I am convinced the poem would be more effective, powerful, lasting in memory if there were line breaks . I hear cadences that the paragraphed original cannot suggest. There is a human voice here, detectable, vulnerable and surprised at what it finds itself talking about, and one wonders about the breathing space between the sentences, the pauses. Line breaks would have the effect of slowing down the poem, to bring to the piece a tentativeness that is already there, waiting to be discovered by the reader who has an ear for such things. The paragraph is airtight and deadens the effect, at least at first. That first impression likely prevents more than a few readers from giving it a second scan.
Here is my version of Mark Strrand's poem, "The Enigma of the Infinitesmial", with traditional free verse line breaks:

You’ve seen them at dusk,
walking along the shore,
seen them standing in doorways,
leaning from windows,
or straddling the slow moving edge of a shadow.

Lovers of the in-between,
they are neither here nor there, neither in nor out.

Poor souls, they are driven
to experience the impossible.

Even at night, they lie in bed
with one eye closed and the other open,
hoping to catch the last second of consciousness
and the first of sleep,
to inhabit that no man’s land,
that beautiful place,
to behold as only a god might,
the luminous conjunction of nothing and all.

I understand the attraction of a paragraph over line breaks for a reader; Strand may be intending a seduction of sorts with the form he chose, luring an audience with something that looks familiar. The effect is that they would read something unlike what they usually come across in a brief, stand alone prose block.
A free verse form suggests the in-between state or nothing at all state that Strand addresses in the poem. On the left, there is an elegant murmuring about the neutral zone as a kind of mythic Eden , and on the other, the emptiness of the right hand margin, the white space. This would suggest that the world of things , noise and motion is along side the "the luminous conjunction of nothing and all".
at June 11, 2011