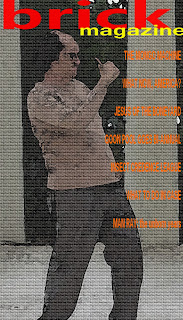 I suspect we all know something about  trying to convince someone we'd just harmed that not your aggression but rather their erring behavior that brought on your abuse. As it goes in this culture and through the great tales told in the best surviving literature and histories, humanity has developed many an artful ways of allowing the powerful and the belligerent various rationalizations, elegant and crude, to absolve them from blame. It's tantamount to making the person you just gave a black eye to apologize to you because his face got in the way of your fist. Charles  Harper Webb's poem "Weapon Salve" is an alluring and yet insidious investigation to how this form of mind-fucking works.
I am inclined to think that the poem plays on the theme of blaming the victim for the injury they sustained and giving pity to the one who inflicted the harm by way of extending the over used trope that medieval medicine was , in our modern view, arcane, insane and deadly to the patient. As in the notion that various ailments, diseases, fevers and other varieties of cootie problematics could be relieved or cured outright by the application of blood sucking leeches to the patients' body in an effort to balance out the "humours" that it was thought to flow and swirl through an individual's body at the time.
The over riding theme I read is that a firm application of a cosmology wherein conditions, causes and relationships between all things, human and otherwise, are firmly in place, intractable and factual is liable to warp our perspective and approach the unexpected, the unplanned for , the catastrophic with precisely the wrong sort of action needed. We treat the victim as if they had been asking for the punishment they had received and give our salve and our sentiment to the weapon and the person who wielded it; what was the trauma that forced the attacker to resort to such harsh resort, what blunt force did the sword suffer as it was deployed, issuing the unspeakable?


What I find implied is that the victim blames them self as well, wondering what they had done to merit the punishment. This is a land Foucault wrote about with such clarity vigor, that punishment isn't just written on the body, it is inscribed; it becomes part of our genetic material as populations, sensing no right to grace, feel ashamed and expect punishment as a something designed by divine agencies. The weapon that God had given masters the genius to harm has been damaged during the infliction of punishment ; the damage to the sword must itself be avenged.

Web does an interesting thing at the end, after taking us through a tour of a world where weapons and the wounds they create exist, past the ritual healing and hobbling in the crippled aftermath, by extending the metaphor to language itself; every criticism and insult and carping complaint at your expense was uttered for your own good; one anticipates the lash and dreams of God in heaven and his endless bounty, one looses a limb and thinks they are reclaiming their soul, one minds themselves abused in horrible, humiliating and convinces themselves that they are ascending toward a superior state of being rather than being degraded. Pain is treated with more pain, the technology is repaired and burnished, the victim is killed by the cure. Charles Harper Webb's poems is a grisly, if elegant tour of seduction and submission. Potent poem.

There was a suggestion by one of the posters responding to the poem "Mummies to Burn"that poet Charles Harper Webb seemed to be on a creaky anti-West riff, using the anecdote
as reason enough to rehash a favorite harangue. There was a further suggestion that since the poem is a critique of Western technology strip-mining a culture for the sake of economic expansion, Webb wouldn't be inclined to criticize Egyptian history. Their record, it was asserted, wasn't Edenic and absent of cruel events. Had I came across the sentence that he had, I too would have been struck, surely, but the irony of the fact--white people converting human corpses into fossil fuel--and would have been motivated to write my own mediation on the severely negative side of Imperialism. His concern wasn't whether Egyptian history was noble or ignoble, but that European exploration into the area was intended not to learn but to discover exploitable resources.

What he gets at, his intent and success, I think,is that the mentality is a pervasive attitude in the invading culture, and that the psychology extends to a narrowly set pragmatism; short of coal and timber, need to save money. Blimey, burn these bandaged cadavers, there not doing any good just laying around as they are. The fault with Cameron's visually magnificent Avatar , is that it relies on tropes that are too obvious, especially on the Pocahontas / John Smith tale. Webb, on the other hand, is riffing on an historical fact, and provides a provocative argument that it's not an isolated instance. I don't think he's anymore anti-West than , say, Jonathan Swift or , say, H.L.Mencken, two writers we praise for their critical eye and caustic wit, as well as their willingness to speak an unruly version of Truth to whatever gathered assemblage of thugs happen, at the moment, to constitute Power.

You could say that Webb is a satirist in someway, a wiseacre, but whatever he is in spirit, he still notices how things that are said clash with things that are done, and that, like George Carlin, he has a willingness to push codified interpretations to the point where they become absurd. He is a poet, I think, who is keen on exposing contradictions and revealing the lies and embedded evasions we use to ease ourselves through the daily dose of cognitive dissonance.
at January 26, 2012