Salon, take your own pulse 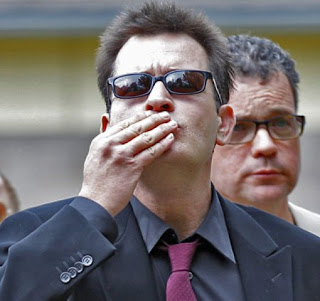 Salon's Mary Beth Williams wonders in a  recent article   if actor Charlie Sheen can be saved from his drug addicted ways. It's a content provider's dream, a topic needing little research, or original analysis. One need only arrange established facts in an accurate timeline and then join the chorus of hand wringers who've been virtually drooling over the actor's repetitive misadventures. Besides the ongoing tales of infamy, it's a depressing sign of what passes for cultural commentary.Where is Dwight MacDonald when we need him, a loud scorn who can beat back the rising tide of  baroque trivia clogging the talk of the town.

Sheen will likely die a sad and predictable death that awaits nearly all practicing alcoholics and drug addicts (unless he has the fabled "moment of clarity" and achieves the means to keep the epiphany bright, shining and alive), and what I wonder , after all these years, is why this marginally talented actor's relapses are still considered news.True enough Sheen has squandered the considerable resources he has to sober up and clean up, but it's telling that much our entertainment medias squanders it's opportunities to highlight and promote the best of what our artists, authors, poets, film makers, actors and instead maintain death watches over those celebrities who cannot get their lives and careers back on track.
The rise of 24 hour news cycles and instant Internet updating, of course, turns the daily mishaps of Sheen, Lohan and others into something of a low overhead gift for a growing class of journalists, the gift being that of the serial relapser who will dependably screw up again , and again, and provide a meaty grist for the mill. This is the kind of ongoing situation that fills many column inches, fills hours of airtime, and generates unending Internet blather and videos; little investigating, research, or analysis is needed at all.These are the stories that write themselves, and the pity of it all is that this makes the media not reporters of events nor historians, of a sort, who bring coherence to an onslaught of new information, but rather game show hosts officiating over a vulgar, ritualized form of public suicide.

And we? We cease being interested citizens seeking knowledge about how our society works politically, culturally or how it succeeds or fails in it's quest to make ours a more decent place to live.We're reduced to being little more than ersatz sports fans reading insanely irrelevant articles like whether Charlie Sheen is beyond redemption in prestige publications that used to know the difference between what's important, interesting and crucial and what's mere noise, distraction, trivia.


Charlie Sheen is powerless over drugs and alcohol and his life, outside of work, is unmanageable. The phone calls for new jobs, though, will stop coming, sure enough, and this pitiful man's saga will rapidly change from merely sad to being tragically fatal. Our media, though, which is to say the technologized projection of our national conversation, is seemingly powerless over the existence of celebrity fuck ups.
And the inability of any brave editor or owner to change the terms of that conversation suggests a malignant unmanageability; unable to fix what's wrong in our lives, we've been turned into routine bigots exchanging our bad faith over the metaphorical backyard fences and cracker barrels.