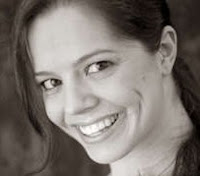 "Through A Glass Darkly"  is a title suggeting a tour of dark, depressed places is upon you, and poet Traci Brimhall does an effective job of bringing on the bleakness.This poem is effectively hermetic, an evocation of a consciousness that is incapable of dealing with the external world. The world is treated as if were nothing but a continuing series of loud, violent sounds coming from the other side of a lock, if infirm door; there is nothing described here that is actually seen or observed, with Traci Brimhall's slippery similes giving evidence to a mind that cannot stop processing the sounds it hears, the odors it detects, the shadows it forces into murky configurations. We might say this brain cannot turn itself off, to cease speculating and reinterpretation the world beyond practicality and arrive at the common agreement we collectively and loosely refer to as "reality". As the world does not settle in and reveal itself, the paranoia rises. Brimhall does a quite a good job of making this seem as if the universe this person habit-ates is in continuing conspiracy, constructing a plot that is infinitely complex and geared to singularly sinister purpose.

who told you to starve yourself to make room for God,
............so I let them give your body enough electricity

you can fake if you must. It's the hands of children
............thieving your empty pockets. It's bicycles
with bells ringing through the streets at midnight.


You could say that Brimhall goes a simile too far to invoke this series of nightmare, similar to an old comedians adage not to do three jokes in a row on the same subject. Twice is placing a stressing emphasis on a conceit, an idea that might otherwise get lost, three times becomes a lecture; in this sense, the final analogy Brimhall deploys, the bicycle bells chiming through the streets at midnight, nearly derails the poem's half-awake surrealism. Beware the additional flourish, the needless decoration, the detail too many, especially if your writing prior to that moment was tight, concise, effective. Quite beyond the readership getting the point, one risks revealing a straining for effect.

Still, what the poet does here is admirable and there's much to be said for the decision to tell the patient's tale through the accounting of a witness who themselves can only relate the narrative scheme based on what they've seen, what they've heard, what they've been told by the patient. The narrator can only relate with the information that is at hand, the intimate details that have had time to play on the senses and resonate in larger pools of association; there is a sense of the narrator attempting to comprehend the interior life of the patient being visited, as if a key will appear if the imagination cleaves with the right set of references and provides a clarity that would other wise not be known. The tragedy of the poem, though, is that language itself , alone , cannot provide clarity, liberty, the full balance of self-actualized well being, as there are those things and issues, schizophrenia among them, that cannot be changed by linguistic wit. Metaphors only generate more metaphors, and the only thing that changes are the nature of the metaphors themselves.
at September 02, 2010 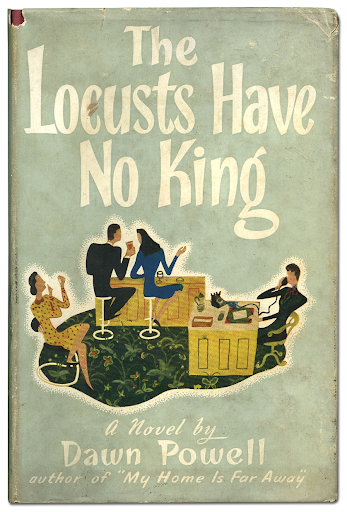