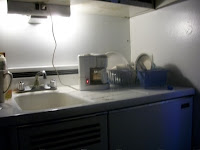 A number of us were tossing around lit/crit topics the other night  and , as usual with conversations dealing with the less tangible aspects of the writing life, we began a breathless exchange of  writer names, mostly dead, of who the Best Three American Writers were. Names, critical tropes and beer-fueled endorsements and denunciations flew like so much hair in a military induction barber line.Why stop with three greatest American Writers? Think what you may, but the second half of this century produced a lot of major talent who have produced or are producing respective bodies of work that require the passionate reading and argument our already named personal bests have received.

Harold Bloom not withstanding, our canon is expanding with new and achingly good writers, and one would think that the male majority so far discussed will have relinquish room on their uppermost tier. This conversation, though, settled grudgingly on a Final Three , those who survived the worst insults a number of us could heap on them; the rationale, slippery as it was under the conditions this chat took place, were that each had written books that not only survived their time, but also the author's egregious personalities and  styles that progressively degenerated the more they wrote beyond their respective career high points.
On the point, Fitzgerald will make the cut because so few writers , then or to the current time, have managed the breathless lyricism contained in the "The Great Gatsby" or "Tender Is The Night". Some have come close, and I'm thinking of the resonating sentences from Scott Spencer's "Endless Love" or some keenly rendered pages in Updike's "Rabbit" quartet, but Fitzgerald at best gave us small masterpieces that gave an sharp view of the time. Hemingway, I thinks, merits a permanent place on any greatest list because his style, at best, was lean, and his sentences , constructed the way they are, convey pages of buried turmoil, lost hope, small idealism, bravery to pursue another day , to shoulder one's burden honorably. "In Our Time" and "The Sun Also Rises" accomplish this. At his worse, though, Hemingway was a boozing sentimentalist whose writing lapsed into repetitious self-parody, as we have in "Island In The Stream" or "A Movable Feast". But I am grateful for the good work he did.
Jack London, I'm afraid, pales for me personally. He was a lot of fun for me when I was growing up, yearning for adventure in Catholic School. But later, in college, closer and more seasoned readings had him sounding rushed, awkward. The admixture of Marx and Darwin that seasoned his writings seem showed a straining idealism that was not redeemed by a modifying style.I've just re-read "John Barleycorn" , and the book is ridiculous, amounting to being an extended attempt by someone thinking they will not drink in excess again if they stay physically fit and on course with the projects they have planned. Stay committed, in other words, and reap the satisfactions of a series of tasks consistently well done. Terrific advice , of course, but there are limits to the therapeutic effect, and there is value to "John Barleycorn other than London's attempt to create a solution to his alcohol problem; it does offer up a grim and gritty view of the life the practicing alkie, a redundant habit of progressive degeneration. It manages to convey Truth even as the author tries to deny his basic ailment. It seemed like so much bluster and blarney toward the end , after he vividly recalls his disastrous drinking career, that armed with this new self awareness, he would drink responsibly, that he was in fact only temporarily an alcoholic. I doubt the record shows that London cured himself.  But he left us with a vivid testimony despite his short comings, and this leaves him on the shortest of all lists of quality reads.
at May 17, 2010