Shot with his own gun

Andrew Hudgins wants to read peace marchers the Riot Act, as his poem "Summer of '09" makes clear enough. One assumes the narrator, a peace marcher himself, has ,by the time he comes to narrate this laundry list of  fascist ills, had a conversion experience. It is less bitter than it sarcastic, though, less a poem than an excuse to make another list of data he's gathered about an oppressive government's brutal crushing of dissent. Hudgins narrator is the idealist, a citizen mounting a symbolic protest against war as an institution who, as he details in negative integers, the painful terrors those citizens locked in country are subjected to in very material ways. Self criticism is a fine activity as far as it goes, but for all the absurdity he casts the laughing protesters at the peace rally in their being grossly removed from the horror they seek to vanish, Hudgins insulates the terror even more with the typical poet's mistake, IE trying to make the subject more convincing with an over blown language. He pulls out the megaphone, ramps up the language, and addresses the troops from the other side of the field.

of sadism and certitude.

Hudgins intends to indict the naive here, but editorializing with Marxist Study Group about the awful ways of repressive regimes makes their sins more unreal , not more believable. Hudgins' All-Thumbs projection of his disgust with the self importance of protesters who know nothing of the real situation would be comical if it weren't for what I take to be factual basis of the did-not examples he peppers this squib with. From interviews, perhaps, biographies he's read, things he's actually seen, it's all very real and horrible, and perhaps Hudgins might appear somewhere in print and online to lay out his sources, undisguised by the burden of poetic art. Hudgins might not have intended to criticize the protesters, but that is what came across, although he tried to phrase his misgivings as self-criticisms. Something is lost in the stream of negative did-nots that highlight the horror of the State where the war is fought. He ends up speaking for all the protesters and implies the privileged position with which to protest is a universal characterization. Liberal guilt, perhaps, intense self consciousness, the inner turmoil of having so theoretical filters choking off one's moral instinct. Hudgins is tending to wander into Susan Sontag/ John Berger territory. He might have been trying to get across Foucault's point that pain and punishment become a part of a victim's body awareness that in turns defines a system of repression that operates invisibly and , perhaps, as an expression of those impulses within nature that determine a species' ability to thrive or tendency to die off. The metaphysics is fine stuff for a poem, I suppose, but the discourse ought not come in the guise of a missing index card from a lecture. I am more convinced each time I look at this that Hudgins didn't know what he was trying to do here; this is one of those things that begs for a reworking.


in their views that photograph or depiction of any sort insulates the actuality of what's being dipicted and winds up being less real, thus hampering or preventing outright the potential for any real change to take place. Hudgins' variation would be that the act of protest against an unjust war turns into a spectacle, a collective diversion where the issues are carnivalized, a citizenry's outrage is diffused , and the original horror goes on, unabated. This intriguing Marcusean insight, which he addressed as "repressive tolerance"(simply the idea that the State's allowing dissent to occur unmolested saps revolutionary impulses among the oppressed) is a handy trap, however, as many otherwise insightful Marxist insights are; a symptom is described, but no way out save for a rapture-like attaining of Revolutionary Perspective and focus will make the malaise go away. One winds up, per Sontag and Berger, having a troublesome relationship with Beauty , as in the finding of something as attractive, in itself, contributes to the greater evils of capitalism. Hudgins finds himself in self-doubt, a questioning of his motives, with the implication that it might have been more useful thing had he kept his hands and pockets and remained a tourist while in Washington. This is not a revelation of Hamlet -themed irresolution as to what do about a variety of problems, it is merely paralysis. 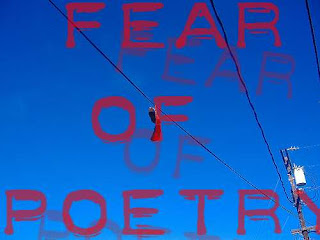 Hamlet finally took an action and accepted the consequence of his action , his goal, finally, to reveal the truth that had poisoned his Kingdom. Hudgins sounds like he intended to be on the side of the angels but walked away from the whole thing. There is something wrong with a perspective that at a righteous cause, a protest against a war waged against a country that never attacked the United States, is just another materialist indulgence, a fashionable pretense of concern. This is the kind of thinking that keeps people from showing up at the voting polls.


Hudgins winds up being shot with his own gun. He wants to criticize the idealists who have their heads in the clouds with the fatal facts of the matter, and yet he can't shake the impulse to allow his language to get in the way of his point. Hudgins' clouds may be dark, but clouds they remain.
at February 16, 2010