A meditation for the New Year 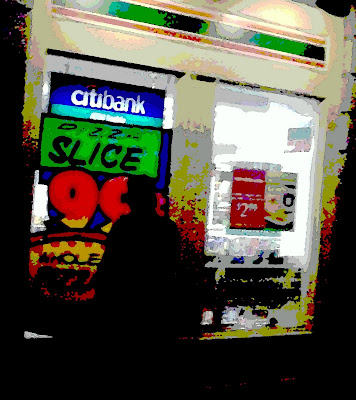 There's nothing like getting laid off before Christmas and then mounting a job search shortly thereafter to dampen the desire to opine, criticize, and other wise act the smarty pants on one's favorite subjects. It is a situation I hope to reverse by dedicating an hour a day, God willing, to writing about something other than a cover letter to attach to an online resume submission. There are some books I want to write about, some poems I want to subject to my post-Bangs
harangues. I have no intention of becoming divorced from the one thing, writing, that has been the only thing that I've continually well. I might plug my other hobby that I've gotten more involved with , an activity that fills the time various searches and scannings from different job sites , playing blues harmonica. I video taped myself improvising over instrumental blues tracks, and I have to say, nearly blushing, that I've gotten pretty good. You can find those bits of funky squawking on YouTube, under the user name TheoBurke. There is a link in the blogroll . But the issue at hand is getting into the writing groove again, to keep my mind alive and to perhaps gain a sliver of self esteem and relief, if only to believe that my brain isn't dead and that I will be employed again, in a job I like, and that things all around, for all people, will get better by measurable , noticeable degrees. Well yeah, you guessed it by this point, I am writing this just to see the page fill up with words, and there is a measure of trying to hype myself to the tasks at hand. About being laid off, it must said that I am in good company. There's an understandable tendency to allow one's psyche move toward the dangerous intersection of Fear and Dread, but all things being equal in this world, there is the faith that we will all come through these strange days more or less in one piece. The family, friends, and general fellowship have reminded me when I needed to hear it that there somethings worth pushing on for, that there are things in this life that make life a joyous thing despite the recent set backs many of us have encountered. We will endure, we will thrive, we will go through the changes. Yes, I know, it's all that strained optimistic that clouds many a forecast for the New Year. I look at this way, it can't help but be better than what we've had before. One day at a time, I do the thing that's in front of me, I do the next indicated thing. I type, I write, I live, and that's a good thing, an irreplaceable thing.
at January 03, 2010