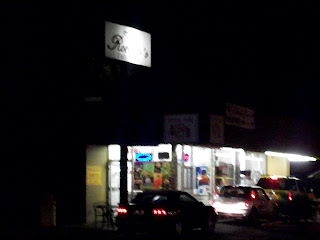 Artemesia, a contributor to Slate's on line Poetry Forum, responded to my post arguing against the contemporary application of metered verse with the observation
"Isn't it interesting that so much instantly forgettable poetry is written by poets who disparage any form of rhyme!" I am vain enough to assume she meant me in her offering, to which I was also vain enough to respond to. Likely her response will mention that she didn't name me at all, add a couple of more indirect digs, after which we can expect that conversation to become stony silence or snarky round robin. All the same, here's my response, and the last I'll bother this blog with on this subject.

Much of my poetry is forgettable , yes, but much of it is good, I think, as I've been at this craft, free-verse style, for a very long time. The quality of my output, I believe , is on a par with any other good yet minor (league) poet with an ear for music who continues to hone their skills, is mostly in relative anonymity; grand slams, hits, near misses, strike outs, belabored performances, all of them in mostly equal abundance. My poetry, if I happen to be your unnamed example, isn't the point of comparison, though, and is largely irrelevant to what I was addressing. I would challenge anyone to produce something I've written, here or elsewhere, where I insisted my writing in general as an example anyone should follow; my claims for my style are modest. Let us just say that I like the way I write prose and that my style in poetry has evolved over some 40 plus years and that I believe there's been some improvement in quality. The point in the original was, and remains, that rhyming in the current time is archaic technique that is at odds with the zeitgeist and expressed the idea that it too often sounds strained, false and little more than a demonstration of one's facility with a technique that calls attention to itself rather too much.

Eliot, of course, could compose rhymes (as opposed to "construct") that were fluid and musical and never far from the sound of the spoken voice. For all his erudition , he could write an abstract, fragmented verse in a clear and plain vernacular, and was able, as well, to extend his phrase of the voice , not of the metronome, a guiding aesthetic during his period. Masterful as his rhyme schemes were, however, Eliot is generally regarded as someone who could mix his techniques, balancing free verse and the metered form.

This was part of his genius, and that sort of genius , in the twentieth century as regards an exclusive rhyming technique, is rare, rare, rare. None of this, though, is to insist that there is no place for rhyming--the skilled hand can employ it when it makes musical sense, when it is effective service to a perception and does not announce itself , as so many latter day New Formalist poets do when they write their elaborations. The great poems in English of the 20Th century are not rhymed; the poets of the last hundred years or so have sought less to mimic the argued perfections of ancient standards and sought rather to seek individual accommodation with a general conception of the human voice as it speaks. The heavens and the earth are less the things to be pondered through rhetorical skeins that imply an extra-human dimension than the are things we see and speak of in terms of our own experience, the subjective passing through the general conception of everyday life.
at January 08, 2010