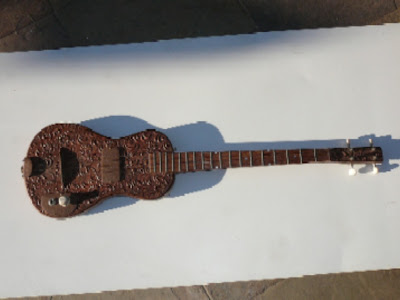 The death of a loved one is not something that one just "gets over", as if there were an expiration date on grief.Yes, one moves on with their life and tries to have new experiences and adventures, but poets, like anyone else, get older, and the longer view on their life and relations comes to the for. Poetry will tend to cease being the bright and chatty record of one's impulses, leavened with fast wit and snappy references, and will become more meditative, slower, a more considered rumination on those who've are gone yet whose presence remains felt and which influences the tone and direction of the living.

It's hardly a matter of getting mileage from a tragedy as it is a species of thinking-out-loud. We speak ourselves into being with others around us to confirm our life in the physical world as well to confront the inescapable knowledge of our end, and poets are the ones writing their testaments that they were here once and that they lived and mattered in a world that is soon enough over run with another generation impatient to destroy or ignore what was here only scant years before so they may erect their premature monuments to themselves and their cuteness.

We survived our foolishness and quick readings, a poet writes, we lived here and mattered to a community of friends and enemies in ways that no novel or epic production can capture, and we wish you the same luck, the chance to live long enough in this world you seek to fashion after your own image so you may write about your regrets, your failures, the things you didn't get around to doing.


Despair isn't the default position for poets to take as they get older; as I think is plain here, poets will in general treat their subject matter with more consideration, more nuance, more acuity as they age. The host of emotions, whether despair, elation, sadness, celebration, aren't likely to alter, but the treatments are bound to be richer, deeper, darker. One has aged and one has experienced many more things since they were in their twenties, and convincingly casting off the same flippant riffs one did in their fifties as they had while a college freshman is a hard act to pull off, emphasis on "act". One grows up, if they're lucky, and acts their age. Acting one's age doesn't necessarily mean one becomes a crotchety old geezer yelling at kids to get off his (or her) lawn; those character traits are formed long before the onset of old age. But what I think is a given is that an aging poet would be inclined to be more thoughtful as he or she writes. And why shouldn't they be. They have more experience to write about and to make sense of.
at November 03, 2009