When books talk back to you 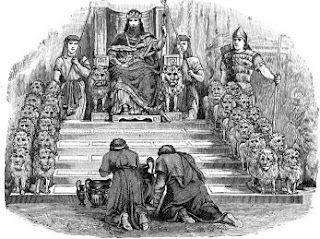 Having literary genres and various subcategories is a fine thing to have at your disposal when you're pressed with putting a label on a book that baffles you after you finish it; more than once I’ve looked at a book in my lap that seems to stare back at me after I’ve finished it. The book seems to ask “now what? What do you make of me, and how have I aided in enhancing your experience of the life you find yourself within”. But one needs to proceed cautiously in their attempt to name that tune. Categories themselves are as slippery as the narratives they claim to explain and contextualize; the further one steps away from a book for the wider perspective might cause the reader to lose sight of the original text and witness instead nothing but the vast horizon. That’s not bad for a Grand Canyon vacation, but many readers would find it infuriating. Or frustrating. Contextualizing everything according to a variety of theories and generic definitions becomes an unpaid task and dilutes the book’s main purpose, to divert. We need to remember that despite theoretical promises of unlocking the secret messages novelists might have, the essence of these books is making stuff up for our entertainment.

Writing and literature is all veils, I would think: if anyone could get "IT" with a piece of work, we would have to assume the writer, and his audience is satisfied, sated, and are disinclined to hear the story again. But there is always another wrinkle to relate, another nuance to discover, another veil to be taken away. This echoes Roland Barthes’ idea of writing/writing as being an erotic function, that the end that one gets to at the end of the tale is not the point of the quest, but the quest itself, the unveiling of the language, the constant re-assimilation that names for things are made to undergo as the nature of the material world defies literary form; it is the imagination that needs to work within the waking sphere, not the world that needs to fit within its contours.

Working writers dutifully engaged in their projects don't seem concerned as to the categories their novels might eventually be placed within, and most would, it seems, be amused or annoyed with the intrusion of a specious jargon that's been developed to explain what it is texts cannot do in the social world, beyond the assembled signifiers. Is Gravity's Rainbow any less a work of "Magical Realism" than what we've seen in Garcia Marquez or Borges? Is Pale Fire less postmodern than, say, Mulligan Stew? Critics have fled the storyline and the narrative technique and have forsaken the task in discussing how writing comes to make sense; it becomes the definitively moot point, irresolvable and subjects to an unending detour the circles around the precise meaning of finally inconsequential terms. Imagination is a trait that will use anything manner or style that is suitable to a writer's project at hand and it ought not to be surprising or upsetting that many writers, assigned to roles by career-making Ph.D. candidates, simply do what they need to do in order to get the work done. We witness fascinating paradoxes: Norman Mailer, by temperament a romantic existentialist who might have been in the late 19th century, is one who took to post-modern strategies to render is work: the range of his assumed styles and experimentation creates specific problems with literary historians who might be eager to be done with his books and his name.


The sectarian insistence on the differences between styles is pointless, I think; it's more fruitful and more interesting to have a more fluid approach to the study of literature and writing, particularly in how writers will take cues from one another and molds those influences into something that's very much theirs alone. Garcia Marquez (nee Lopez) has spoken of the great influence Southern Fiction had on his emerging style, particularly Faulkner, and Pynchon gives credit to William Gaddis and his Joycean The Recognitions as a major motivator for him to write with the denseness he has. Criticism tends to be like guys who talk about cars with all their specs yet who never drive one, never really comprehend the feel of the tires on the road. A criticism that takes into account how style, whatever its source or use, produces its effects, it's tactile quality, seems much more inviting. But "truth", large or small t, is something we arrive at after the fact, up the road, after we're over the hill. The point of personal experience is something we assign later when memory arranges the particulars in some fine fashion that makes the data resonate like some kind of grand or sad music that needs its expression in talking, a phone call, poem, novel, blues guitar. Since experience is the hardest thing to convey --it is not an argument I'm making, it's a tightly knotted cluster of feelings and emotions linked to a sequence of events that I have to need to relate to you, to bring you into (in a manner of seduction, dropping the suspenders of disbelief) -- I generally favor any writer to use any and all materials available and appropriate.

At best, we see an outline of the truth, a blurred reconstruction, and it's here we, as readers, need to give our trust to the writer to take us through an implied but imaginatively plausible world. Mastery makes us forget the lines we're reading, the very words we're taking in. Good writing, whatever it's style, origins or intent, quite literally pulses, and is that shape, the "truth" we want to pull the veil from. The idea of the metaphor is metaphorical, and since the 'truth' it's protecting is metaphorical, or at least figurative in some way, it seems like a dead issue. There are the same thing, though we can say are separate units of the same perceptual operation. What's useful is to consider the process 'through' the veils, or, in conventional literary lit speak, the arrangement, tone, and orchestration of the narrative events that lead a reader finally to the last chapter, the last page and he last sentence, where one arrives at the author's sense of an ending, and their implications of whether the tale really does "end" there, done with, having served its purpose of illustrating a 'given' moral lesson based on a nominally 'realistic' event, or whether the lives of the characters go on, after the last page, changed after an arduous narrative, braced for an unknown future.
at September 10, 2009