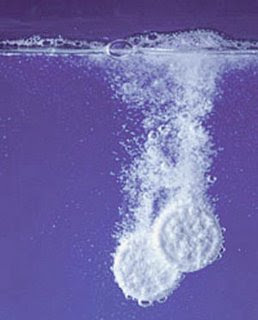 Barry Goldensohn is a poet of stylistic conflicts, one part a gifted lyricist who can raise a subject to a higher level--he can almost persuade you that so much does depend on matters, materials and emotions so small--and the other someone who loses their way in tangled intersections of language where metaphor alone does not suffice for effect. The downside of his work is that he often talks more than he ought to. He sinks his poems into odd arrangements of phrase that mark someone who is attempting to be original, memorable; I understand the attempt, but the mistake , I think, is the use of more words rather than accurate words. By "accurate" I mean the construction of images that are at least convincing of both situation and inspiration that would result in a stanza that becomes quotable, something that makes you stop and read the line again.Goldensohn's worst habits cause me to stop at his most glaring coinages.

In "Dissolving", a soul of "dangerous weight" enters the lake waters and experiences something akin to a weightlessness that suggests the burden of gravity has been removed as his girth displaces the water line ,if only a little. Anyone of us might have compared this description to a retrun to the womb, the legendary desire embedded in the lowest recesses of the male brain that wants to escape obligation and engagement, but the poet moves to move beyond the cliche by positing this awkward idea:

he swims
on his back in the female receptive position,A genuine conversation stoppr, this image.This is as awful a line as I've ever read in a poem by an established poet, it being silly, presumptive, altogether unevocative of anything he was trying about in this poem. There's a tinge of hubris , to my thinking, that a male can find an ingenious trope through which to draw a comparison between a woman's position in conceptionizing lovemaking and overweight male's sense of being liberated from his earthly bonds. Had this been Lawrence, the trope would be animated, passionate, full of bitter sweat, sores and a heart-racing ache that would imply that man and woman were changed and for a moment interchangeable during their coupling. This does none of that, and exploring a nervously mentioned notion within a larger narrative bracket wasn't Goldensohn's intent; let's grant him that. But while poetry isn't obliged to adhere to vetted facts, credibility is still the point. What sounds clumsy or dashed off stops the reader's investigation. But he makes matters worse; Goldensohn is a smart man and needed a space within this short poem to demonstrate his ability to riff along in excess of the need.

thin clouds
vaporizing fast in the sun's brilliance
with the water beneath him penetrated by light
and substanceless as air and he afloat
in nothing, one with the water and air and light
and the purposeful seeming union of atoms
producing a mind digesting meanings
like a ruminant disgorging from stomach to stomach
the sobbing face on the stair,


This does not sound natural in any sense--it neither convinces that this is something either seen or experienced first hand, but it does make you think of a conceit someone comes up with and works overly hard to make it fit.It's a unfortunate symptom too prevelant in this time-crowding era, that of a poet trying to have an experience. At best this sounds like an ad libbed pitch for a movie an erstwhile screenwriter might convince a studio to finance; the wouldn't such a bad thing, of course, since various ways of condensing narrative can be artful. Goldensohn, though, gums it up by thinking too much. Perhaps it might have worked even as a contrived situation, but what Goldensohn ought to done is to have considered shoring up his William Carlos Williams influence and edging away from the association-packed candenzas that hightlight A.R.Ammons orAlbert Goldbarth; those guys have a gift for the intellective improvisation from the conveyed image. Their insertions do not stop the traffic.
at September 26, 2009