Writing after drying out 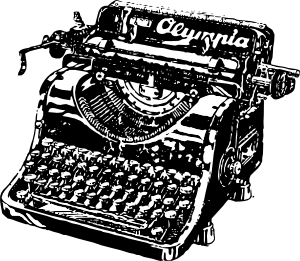 I used to insist that poems that didn't have "dirt under the fingernails" were without value, insisting that live as it's lived by working men and women in America were more interesting , more complex and more important than the dense, academic poems one was made to read in contemporary poetry anthologies. In full disclosure, I was an undergraduate at the time, in the mid to late seventies, an earnest poet trying to be relevant who, incidentally, was having problems in literature courses requiring same said anthologies. There might have been a worthwhile insight somewhere in my whining for a polemic I could write if I cared to take the time, but it suffices to say that I was lazy, too lazy to read the poems, too stoned to go to class, far, far too stoned to read the secondary sources to be prepared for class discussions or for the papers I had to write. I did what anyone genuine undergraduate poet/radical/alkie would do; I blamed the system. So there.

It took a bit of doing--sobering up, bad grades, failed relationships--for me to get wise(r) and actually read the work I thought unworthy, and the remarks of critics who've done their own work considering the aesthetics at length, and I've since backed away from trying to shoe horn all poetry into a tight fitting tuxedo. What was learned was relatively small, a revelation for the truly dense; poetry works in many ways, and the task of the critical reader cannot be merely to attack and opine but to make an effort to weigh a poem's elements on their own merits , studying how effects are accomplished, and then, finally, lastly, to offer a judgement whether the poem works . Not that I adhere to this prolix method--I shoot from the hip and often miss the whole darn target--but I try. Now the issue is whether a poem can work if it lacks the glorious thing called "heart".

Anyone seriously maintaining that a work of art, be it poem, novel or painting is doomed to failure because it lacks this vague quality called "heart" has rocks in their head. Artists are creative people, on that most of us can agree, and by definition artists of narrative arts make stuff up from the resources at hand. Whether the source is actual experience, anecdotal bits from friends or family, novels, biographies, sciences, all these are mere furniture that go into the creation of the poem. The poet's purpose in writing is to produce a text according to some loosely arranged guide lines that distinguish the form from the more discursive prose form and create a poem that arouses any number of responses, IE feelings, from the reader. "Heart", I suppose , would be one of them, but it's ill defined and too vaguely accounted for to be useful in discussing aesthetics. Confessional poetry and the use of poetry books and poetry readings as dump sites for a writer's unresolved issues with their life doesn't impress me generally, as in the ones who do the confessing never seem to acquire the healing they seek and instead stay sick and miserable and keep on confessing the same sins and complains over and over. Journaling would be one practice I would banish from a poetry workshop I might teach. We are writing poems, not an autobiography .

I would say, actually, that one should suspect that poet who claims that every word of their verse is true, based on facts of their lives. I cannot trust the poet who hasn't the willingness to fictionalize or otherwise objectify their subject matter in the service of making their poems more provocative, worth the extra digging and interpreting. Poems and poets come in all shapes and sounds, with varied rationales as to why each of them write the way they do, and it's absurd and not to say dishonest that "heart", by which I mean unfiltered emotionalism, is the determining element as to whether a poem works or not. My goal in reading poems isn't to just feel the full brunt of some one's soggy bag of grief or splendid basket of joy, but to also to think about things differently.

The best relationship between practice and theory , as regards the arts (and poetry in particular) is when one blends with the other in a seamless fashion. It's a process that begins with the work itself, a reading and rereading of the poem, let us say, and then , after some routine reflection, referencing any number of critical schemes I think might work in bringing what's contained in the stanzas out from under the subterfuge. Seamless is the word I'd like to use, and it applies here although the handy term has diminished impact with overuse;all the same, theories of criticism , for me,are a way of extending the poem into general discourse. Poetry works in many ways, but so does criticism, and a pragmatics of interpretation is the most useful way for me to make a poet's work something other than another useless art object whose maker adhered to someone else's rules. My gripe is a constant one, that each succeeding school of thought on what poets should be doing are too often reductionist and dismissive of what has been done prior. This isn't criticism, it's polemics, contrary to my notion that what really matters in close readings is the attempt to determine whether and why poems work succesfully as a way of quantifying experience and perception in a resonating style.