Slam is dead, they say 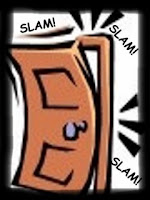 Is Slam in Danger of Going Soft? - NYTimes.com
Well, not dead, but in danger of losing street credibility because of its growing popularity as a default style among a generation of urban, street oriented poets. Like hip-hop, it's a brand name, not an attitude anymore, a commercial idea, no longer a community ideal. Slam poetry has arrived, and it bothers more than a few. The New York Times recently worried whether slam poetry was going soft and in danger of losing whatever potency. The slammers are virtually everywhere you go when you investigate the further reaches of what comprised the unincorporated, unassimilated branches of contemporary poetry, but like rap, the style has become just that, a style, another among many.

The anger, rage, the colloquial playfulness and in-your-face strategy that had made these bracing bards a phenomenon worth considering has become predictable. A large cause of slam's deadening is the monotony of presentation--choppy, click-track, scratch-popping momentum, hip-hop style, almost invariably defines the poets 'performance style. One tires of being exhorted to, waved at, lectured, or otherwise badgered to show the poet some love. The School of Quietude could offer a lesson to the young, the eager, and the impatient: dial it down, quiet it down, and don’t forget to breathe.


One poet after another seem to ape the maneuvers of the one who'd been on stage before them, only with their gestures, nonsensical accelerations and ramping down of recitation temp, their whoops and hollers, their sudden gushes of near rhymes and forced analogies pouring forth, unguided by nothing but gravity, like a collected detritus falling from a crowded closet. As with listening to streaming heavy metal rock on satellite radio, might have spent their time listening to the machines in a laundry mat. At least some clothes could get washed in the bargain.

What further kills the buzz with slam poetry is the incessant, braying, unreconstructed egotism of the poets who cannot leave the autobiographical style behind and place distance between themselves and the world they live in. Even in the bleakest situations, the sorriest locals, a poet worth their good graces could drop the personal pronouns and study the relationships of people, places and things without the need to intervene with declarations, objections, ineffective protests. As with the pacing and the cadence, the effect of nearly every poet delivering a hasty rant glutted with self referencing becomes an ironic form of group think--think of the old joke about someone attending a convention of Independent Thinkers. The motto: I WANT TO BE A NONCONFORMIST JUST LIKE EVERYONE ELSE. The poet has the right, sure thing, to talk about things in entirely whatever fashion they choose to, and solipsism isn't rare at all in the far-ranging universe of poets and their assorted schools, but variety, we think, would be expected from an emerging school of poetry. One shouldn't feel compelled to write and perform in the same manner. The might as well be wearing school uniforms, complete with a crest.
at June 05, 2009