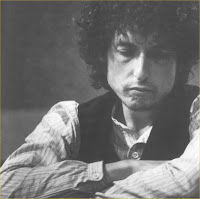 I'm leery of awards committees creating special categories where none had existed before just because someone thought it would be a great idea for Dylan to get one of their prizes. What Dylan got wasn't the equivalent of the Oscar's Irving Thalberg Award, an established prize awarded to an individual who's life's work has advanced and influenced cinematic art. Dylan's specific award seems to have been given for no other reason other than the Pulitzer thought it would raise their hip quotient. Bestowing this award on Dylan seems as meaningless as a university giving someone an honorary Phd to a celebrity because it briefly raises that institutions visibility. The degree itself is meaningless, signifying status, not accomplishment. It would have been meaningful if Dylan's Pulitzer came from something he was actually nominated for, but with the way these things work out , I'm not sure this group of editors are ready to create a category for pop musicians.
at April 10, 2008