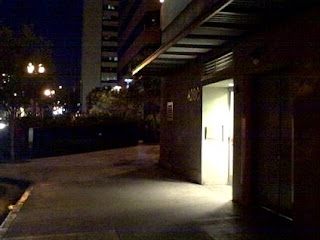 More often than not I defend the "well made" poem if the poet has the needed things going for it , like a solid construction, an ability focus imagery in a fresh and sparing way the unresolvability of conflicting responses to situations written about, either past or current.The execution should take one by surprise, leave one breathless, if only for a second. Ideally, each verse would be an epiphany;we make do with less, however, and adjust our expectations accordingly. Like it or not, those poems, scorned by large sections of the post-avant gard who write a more difficult work, are themselves not easy to write; one may speak of technique all they wish, but there is an innate sense, I believe, of knowing how start, what to build with and, most importantly , when too quit, lest one kill a good idea for a poem with the lack of confidence overwriting suggests. Billy Collins has come in for his share of jabs and jibes because of the middlebrow accessibility of his work, he is a poet who has a certain mastery of the everyman voice who writes poetry "for the rest of us" ; his is a poetry is a body of work that forces the reader to think about the world they're already familiar with in new ways.His is the world of the banal, the small, the incidental, the vocabulary of twitches and tics , but this remains a realm that needs to be written about. Collins is the man to equal the challenge in inspiring a reader to interrogate routines and schedules that guide their journeys from desk to mailbox and back again. Billy Collins, in fact, is the perfect "gateway poet"; when I worked at an independent bookstore for some years in San Diego, several customers over several years expressed a desire to read something more daring, challenging, "edgier" than what the former U.S. Poet Laureate was offering. I navigated them to Thomas Lux, comparable to Collins for clarity and readability, but darker, more ironic, a poet who explores the unintended results of one's best efforts to assert their will on the world.

There are those "well made poems" , however, that strive to hit all the marks that only make you feel that someone is trying too hard for the lead role in play they're not suited for; they dance too fast, they sing too loud, they deliver the monologue without suggesting that they're talking to another person."For D" by Roseanna Warren reads like it were a dull long poem that had been workshopped down to a dull short one; the striking language is all that's left, and there is nothing between the odd phrasings to make this prissy string of worry beads intrigue you. The poem is a dieter who has lost weight too quickly who finds that absence of flab doesn't mean one will find a prince or princess emerging from the flab and stretch marks.

This is one of those poems where you read each line expecting something to happen at the end of each line, and nothing does. It's a fussy poem, full of odd and unnatural words placed in positions where attention becomes focused on the odd sounds the words make rather than the meaning they may suggest or the unresolved feelings being sussed through. Euphony is fine, everyone enjoys rich words and intriguing slang, but there is an expectation that the person writing the poem should have his or her feet on the ground and have a diction roughly like ours (slightly heightened, of course, since this is poetry after all).

The plane whumps down through rainclouds, streaks
of creamy light through cumulus, and, below,
a ruffled scattering, a mattress' innards ripped—

No one talks like this, and no one should be writing poems with this word choices this precious. Whumps is a word suggesting body surfing as a lone man or woman braves the water and rides the momentum of waves coming to crash on a burly shore line, and it also sounds like the sound a drunk uncle might make against a newborn baby's bare stomach; Warren wants to suggest a plane's bumpy passage through some "creamy" clouds , but she makes us think of desert instead of a slow unnerving as she nears her destination. "Innards" is the kind of word one actually speaks, but ironically, in an affected voice to soften the use of a dated colloquialism. The image of seeing a slashed mattress on the landing approach could have been a dramatic one, a choice foreshadowing, but "innards" undermines that.

For the rest, the poem is over arranged, and it occurs to you finally that this reads like someone preparing their responses and poeticizing in advance of the facts; Tilda Swinton's ruthless character in Michael Clayton comes to mind, a nervous corporate crook rehearsing her prepared statements in the mirror with different tones of voice, eye movements, and differing tilts of the head. Her character, like this poem, ends badly.
at March 12, 2008