More than a voice of war 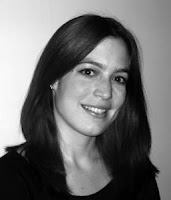 Sandra Beasley’s poem The World War Speaks is an intriguing set of broad strokes, hard details that give way to streaks and blurs at the edges as they merge and conflate with other images; this seems a matter of normally unrelated incidents, each enacted for separate reasons, find themselves united in the forming cosmology and metaphysical sensibilities of a child. Coherence of how one thing leads to another, of the logical progression of cause and effect is hardly what this poem seems to be getting at; instead it is about a child entering a world that gives it an atmosphere of fear, violence, warnings and laborious measures to acquire the daily needs that instructs one that this reality is hostile and in a state of siege one must always be on guard against and be prepared, in turn, to battle.

When I was born, two incisors
had already come through the gum.
They gave me a silver bell to chew on,
brought me home in a wicker basket,
and kept me by the stove's coal heat.
What strikes me is the connection less between the emerging teeth that causes pain in the infant’s gums with what becomes a metaphor of the uncompromising hardness defining the life the child is introduced to; the bell is not the signal of onset of joy and promise of future hope, but rather an acknowledgement of the struggle that waits. Bite down hard, do not scream, and do not cry. Even the warmth the child is exposed to, “the stove’s coal heat”, is emotionally neuter, perfunctory more than life sustaining, cold in the way that only the absence of human touch can be.

Every morning my mother boiled
a huge vat of mustard greens,
steam drifting over to my crib and
after a few hours, souring into a gas

Even the food is noxious, described with words that also give a real sense of chemical warfare, mustard….gas…sour… Beasley’s narrator isn’t describing the wonders of being young and becoming genteel and nostalgic with the fuzzy and indiscernibly cozy sensations from pre-verbal infancy; this plays against the expected route these revelations would tend to take , as in a moment of recollection where it seems the world is going to perform in some expected and friendly way, only for the reminiscing author to later realize something quite different from more blunt expense and hence garner an ironic lesson suitable for a poem. There is the strong suggestion that Beasely had been paying attention to Jerzy Kosinksi’s brutal and terribly beautiful novel The Painted Bird, concerning the plight of a dark skinned young boy living in a middle class family at the outbreak of WW2 who finds himself subjected to many degrees of abuse and harassment in the name of several blind belief systems, political and religious, who finally comes to identify with the a totalitarian force who’s strength offered him safety and purpose in an ordered life. The results between the novel and Beasley’s poem diverge, of course, as it’s not clear that her narrator finally swears allegiance to, but what does happen here is a close observation of how a world view comes to be formed. Even with more experience in later life, the early sensations remain and mark the growth of the young person.

It’s not a psychology that was going to be grown out of; rather, it would be a mindset through which all forthcoming experience and their interpretation would be filtered and colored by as a result. This is a world view that places the results of one’s existence on huge and ill defined “they” who intervene at crucial points when it seems the young person might discover an independent path and follow through with some untarnished alternatives to the governing tone of existence. Intervention continues apace, and the sour paradigm this person has to contend with as he (or she) tries to conduct themselves in contiguous and congruent order, but the desire for more than what they’ve been allowed lingers still. There remains the desire to look behind the veil.


Sometimes at night
I'd sneak into the house of our neighbors,
into the hall outside their bedroom,
and watch as they moved over each
other like slow, moonlit fish.
Sometimes my mother would comb
my father's hair with her fingertips,
but that was it. They wanted an only
child: the child to end all children.

The voice in the poem sounds too personal and intimate with the things mentioned to be merely "a voice of war" in a sweeping DosPassos sense. I see how one can make a credible case for that interpretation, but what settles it for me for the speaker being an actual person sorting through their memories is the final set of lines about sneaking into to the neighbors house to,by implication, discover something that is not in his or her own home. This is a detail that though the war is outside and the home is the sanctuary one would find refuge and safety, the conflict has none the less affected the most insulated part of humanity, the very act of intimacy. Voices of war are sweeping, abstract, and given to describing the temper of the period in broad, epoch changing terms; this poem is small, intimate, and dicusses the effects of the war on smaller , though less devastated terrain, the consciousness.

Witnessing the neighbors make love, willingly touching each other inside and out, of making their bodies merge in ways suggesting a life force greater than themselves separately, and then making note of her parent’s reticence to touch one another isolates this poor child’s state. An only child who’s tactile relationship with the world she (or he) grew up in associates the sensations as evidence that life is cold and hostile and discovers that it’s not only the love of the parents he (or she) is denied, but also the love of the parents for one another. This is a cold world powerfully rendered by Beasley's poem.
at February 23, 2008