A Miscellany on Old Guitar Rock 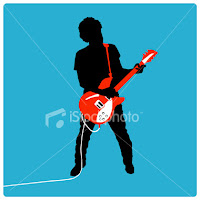 A typical gathering of Hendrix loose threads, centered his outstanding blues guitar work: some tracks are better than others, the band is not always in tune , and sometimes drags terribly, but this is more than archival stuff for completist. "Red House" is included, always inspiring, and "Bleeding Heart", a truly mournful show blues work out that has only surfaced once or twice on some imports, has Hendrix digging deep into the frets. A live "Hear My Train A Comin'", originally on the "Rainbow Bridge" album, is a masterpiece of pure, blazing Hendrixism: Everything Hendrix could do right on the guitar is displayed here, the sonic flurries, the screaming obstinate, the feedback waves that he turns into melodic textures with a snap of the whammy bar: this track ought to the one any Hendrix advocate plays as proof of the genius we speak about. Not a bad blues guitar disc at all, essential for this Hendrix fan.

Rodgers, ex of Free and Bad Company, is as good as blue-eyed blues/rock belting has ever gotten--he can rasp and croon, belt and banter with equal measures of savvy and snap when all cans are firing. Sadly, he sings better than he writes, as just about all his post-Free efforts show. On this album, he digs into the bullet-proof songs of Muddy Waters, and has a hoot doing them: refreshingly, this is not a purist effort. Instead, it’s a throw back to British blues rock, which was louder, faster, flashier. Jeff Beck, Gary Moore, Brian Setzer and Trevor Rabin and Neal Schon all lend their fingers here, flash and feeling , and Rodgers applies the vocal chords for the best singing he'd done in easily ten years. "She Sends Me", "Born Under a Bad Sign", 'She's Alright" and "Rolling Stone" help me, for a moment, remember why I used to think he was the best singer on the planet.

Stevie Ray Vaughn is no more a wanker on the blues than are/were Albert King, Guitar Shorty, Buddy Guy or Vernon Reid, Blood Ulmer, Michael Hill or Sonny Sharrock, nor was he any less inspired by the pitched, aggravated dynamics the style demanded. He could keep a solo going, he could extended the sheer reams of bent notes, shadings and feedback into reams of pure, sustained rapture, a pain that does not subside--he was easily continuing the work Hendrix started, by bringing the blues into something that was as emotionally relevant to the times he surveyed, and he kept his guitar heroics honest--one can listen to Gary Moore, for example, and be impressed and overwhelmed by the sheer ferocity and speed of his technique, yet not be moved by it, but with Vaughn, the heart of his feelings found their way to his finger tips and their calluses and managed a voice out of some dark night of the soul that exclaims, in high notes and low, rolling rumbles along the bass e string, that he has survived another midnight, another patch of bad luck, another bad fuck and worse drunk to see the sun of the following day again just to live the next twenty four hours on the promise of more blues, the one thing that doesn't lie, the one set of notes in any scale and key you please that renews itself endlessly as long as there remains some capacity to feel deeply and longingly in that arena that is the province of being human alone, to find another reason to live another day. Stevie found his reason, a day at a time, with his guitar

Jeff Beck is easily the best of his generation: he has made more than a few awful records, but his guitar work was always with out equal. He is the only one of the original British blues-rock pioneers who’s learned how to blend his style musical situations than strict-rock: at his best, he is riveting as no other guitarist can be. The shame of his career is his inability to keep a band together for any real length of time. Had he found the right folks, his recorded output might have been more consistent than it is.

Ritchie Blackmore: a case of great guitar talent wasted in a bad band, Deep Purple. His solos on "Smoke on the Water”, "Highway Star' and many others are classics, little gems of perfection, but you had to put with macho-posturing to get to it. Blackmore, to my knowledge, never really did the electric work that showed unencumbered by lame vocals and moronic lyrics; though I understand he has a Celtic - themed acoustic project that might be worthwhile.
at February 22, 2008