more notes on "The White Negro"

It would seem that an especially troublesome tract from the recently belated Norman Mailer's writings will be his essay The White Negro, published in Dissent in 1957 and later included in his landmark 1959 collection Advertisements for Myself. In a rough paraphrase, Mailer argues that whites need to emulate some of the jazz-inflected style of black Americans, whom, he said, had developed an attitude, a lived philosophy in the face of the violence they face daily solely because they are black. Mailer placed a good amount of hope that the Beats might be such an evolution in the Caucasian mind. Authenticity, 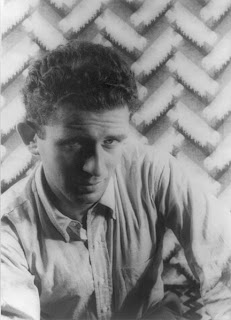 a self rooted in primal reality and not lodged in a language-locked template, was the goal. Mailer's assertions, to be sure, came under attack, not the least of the asides being that he was taking something of an exotic and racist view of the lives of black people. The misgivings are understandable.

Some of what Mailer said in the essay was embraced by some in the black community. Eldridge Cleaver, another man obsessed with the metaphysics of personal violence as a response against Institutional violence cited him favorably in his book Soul on Ice; Cleaver, though, was doubtlessly trying to rationalize the rapes he was convicted of as being political acts rather than demonstrations of a pathology or, further, that the pathology itself was a result to being oppressed. It's a slippery slope, as Mailer realized. Horrible as it was, Mailer never used his stabbing of his wife Adele as an example of How-To-Be-A-White-Negro; his treatment of violence in later books was more measured, weary. All the same, the ethos of hip-hop and rap culture endorses Mailer's assertion that black Americans have a authenticity and knowledge that white community cannot have because of the fact that they live with an intimate, daily, as-is knowledge of violence as something that saturates their existence, that it might be visited upon them at any instance merely because of the color of their skin; many rappers, in principle, might agree with Mailer as well that the edgy style of hip hop is a result of their being forced to exist at the margins of the culture. Mailer writes that a major reason that black American culture developed the way it did was in response to the racist violence that might befall them at any moment on any day. This was knowledge of violence whites did not and could not know, Mailer argued, and postulated further that the cultivation of the style he wrote about, complete with its violent elements, was a canny response to the brutality that faces them. Mailer thought that whites ought to emulate the style of black culture in order to live more "authentically"; in either case, what Mailer talks about in the essay is that one is confronted with having to make a conscious choice in how one confronts stultifying conformity and Statist oppression. He does not argue for anything "intrinsic" in human beings, and argues through the essay that one must deal with the consequences of their action.

It's true enough that Mailer added violence into the equation for its potential to transform the individual, but he worried in the same piece about the relentless and purposeless escalation of violence for its own sake. What he saw in the urban black culture of the time was a particularly acute style and manner that could accommodate and hone the violent impulse and use the energy to a more creative purpose. This presents all sorts of problems for intellectuals and gullible whites (and blacks) attracted by the flashy density Mailer's writing, but it should be noted as well that Mailer modified his pronouncements. Mailer, believe it or not, matured. Which is not to say there wouldn't be sufficient grounds to argue with his later writing. I agree Mailer’s tough guy stances were a species of posing, and it seems to me that he had a rude and crucial awakening after he nearly killed his wife Adele by stabbing her when he was crazed on Benzedrine.

He didn’t disavow any previous declarations, of course, but it’s interesting that two of what I think are his best novels, An American Dream and Why Are We in Viet Nam? are two lyric flights that are fueled by the sort of rage he gloried in a decade earlier, the first book being something of a Blakean purge where his hero, Stephen Rozack, attempts to berserk himself into transcendence through violence against targets that he felt undermined his tenuous grasp on self. Transform he does, but he is an unenviable mess for the carnage, some one stuck on some psychotic edge with virtually nothing to build a new life on. Mailer seemed content to let the violence, the raging burn itself out in the novel, with their being the tacit moral that “encouraging the psychotic within” is a dead end, a nihilist fantasy. The second novel is poised to investigate, through metaphor, the source of this insanity, an obscene cruise through American repression, obsession with masculinity, racism, and an insane obsession with individualism, guns and God. So many polarities battle each other in the book that the question posed in the title is thus: we were in Vietnam because, as a nation crazed on many ill and contaminated streams, we had to be.

William Carlos Williams is said to have remarked that the “pure products of America go insane”, an idea that Mailer accepts in the form of the book’s crazed, multi-voiced narrator DJ who, representative of a complex cultural stew that will not blend but rather form a thickening cluster of unpalatable projections on the face of the planet, is compelled to expand upon, disrupt, dominate, and decimate the people and resources outside it’s actual borders. Mailer here echoed Susan Sontag (in attitude at least) that the white race was the cancer on the face of humanity. In any event, we’ve been lucky enough that Mailer had the sense to forgo his arm chair philosophizing for long enough intervals so he could do some real work; I am a fan of his novels, but along with most Mailer partisans, I think it will be his non fiction that will secure his reputation, Executioner’s Song and Armies of the Night, certainly, but also Of a Fire on the Moon and Oswald’s Tale.