It's better to give a resentment than to get one 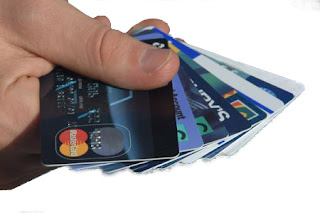 Sometimes you run into a left hook that's intended for your chin that someone else thinks you deserve. The aggravating thing is being accused of things that were the furthest from your mind. I remember eight years ago

I was working at the customer service desk of a college bookstore,helping a customer, a woman of color who seemed to me to be from India. She presented an unsigned credit card to pay, and she became upset when I asked for a photo ID, basically declaring a racist with her remark "I bet you don't check their Driver's licenses" , referring to a white customer who'd been in line ahead of her. She grabbed her purchase and her receipt and stormed off before I could say anything. What I would have said to the offended woman had I the chance was this:

1.I'm required to ask for photo ID when presented with a credit card with no signature by both the credit company and store policy.
2.That I'd standing behind that counter for four hours prior to my helping her with her purchase, and that I'd already asked three white customers for photo ID when they gave me unsigned credit cards.

I never got my chance to explain store policy/tell her off, which is a good thing, as any additional words from me would come to no good for continued employment. So instead I stewed, dwelled on it, wallowed in my irritation, my thinking inching disturbingly close to redneckish. Ironically, since the cause was being accused of racism when there was no offense purposefully given. The offense was in the customer's mind, and all I could conclude was that she had an standing issue that was just awaiting the right time for what I took was its frequent expression.

Irony is one of those textures of life that never cease casting variations on a theme. In the post 9/11 age of digital commerce, over half the customers I help have credit cards that request that a cash handler ask of an ID. Further, it's not unusual for customers to become irritated when they aren't carded. One client had written in the signature space "DEMAND ID OR REFUSE THE SALE". That day I was an odd mood and took offense by given a demand from someone I didn't know. I processed the sale without asking for indentification, handed over the bagged merchandise and her receipt.

"Yes" I said, " and it's unlikely a thief would try to get away using a card with such a demand on the back."
She took a deep breath, rolled her eyes and grabbed her small child's hand and left the store, not to be seen again all these months later.
at November 22, 2007