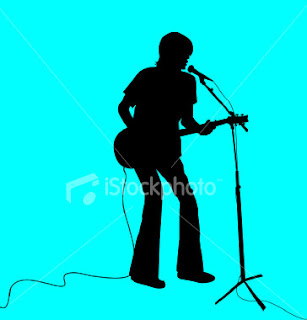 I was a guitar obsessive for years over a slew of players--Larry Coryell, Leslie West, Ritchie Blackmore -- and there were parents, friends and the less friendly alike who thought that I would be better off with a more purposeful hobby. Building ships in bottles,say, or collecting bottle caps with cork linings.But I was in my teens and early twenties, after all, and matters of family, work, sobering up , and career change would eventually consume the time I would otherwise have spent waxing on , 24/7, about my favorite guitarists.

In the meantime, I gloried in the fretwork of the string bending maniacs I called heroes, I read all their interviews, I bought whatever biographies were published, I owned each album these guitarists released in bands or as soloists, and my various apartments , through the years, were filled with the galvanic crash of frantic guitar music. Notes swarmed like bees over the lights. I was a fan, again, an obsessive, caught in the grip of having to have it all. I was also growing up and becoming slowly, faintly, conspicuously bored with my efforts to be definitive in my peculiar music world. I wanted something more. A life, perhaps. Some are not as lucky.

The sad part of the story is that I know some fellows, from a variety of circumstances, who are my age, late forties, and rattle on about their musical agendas at the drop of a beret. I did an interview with Ozzie Osborn in the early eighties for a weekly when Black Sabbath were coming through town, and an acquaintance named Roy couldn't get over the fact that I was the undeserving son-of-bitch among his associates who'd received an audience with his Ozziness.Roy complimented on this fact, saying that I must be something special to get the interview --"You met Ozzie, Man, that's doesnt jus happen, bro, you met Ozzie, I mean , The Oz, the god-damned Oz shook your hand , bro..."-- and then would kneel , valet style. Of course, being a young asshole myself, I got a kick out of that, but he kept it up for weeks, months, months turned into years, a decade passed, friends got married, had kids, other friends died of many different things, life became full and complicated, and close to twenty years later, around the time I turned forty, I was in the local market when Roy turns up in the aisle pushing a cart, thick around the middle, hair long, grey and thinning.

"Hey, how's the Oz man" was the first thing he said. I said I was okay, and after the expected pleasantries, he asked me what I thought of Randy Rhodes, Osborne's guitarist who was killed in a plane wreck. Not much, I said, I liked Van Halen better.

"But Randy played with Ozzy, man" he said," and you met Ozzy. Where's that at? Randy Roades played behind Oz and he could..."