Something a bit different while I cook up a terse review for Live Free or Die Hard; a story, fiction, not autobiographical, not really. But there are some personality traits shared with me, I think, in this sketch of a young asshole feeling some pangs of guilt for being precisely the jerk he chose to be.


There's a woman who says she remembers me from the years of
Junior college, amid the ashtrays on cafeteria tables over flowing with
stubbed cigarettes.I was her penny whistle valentine, blowing love notes into the
air with the smoke rings, drawings of guitars in smeared blue ink
and her name scripted in psychedelic letters that leaped across
the lined note book pages like hooked marlin taut on a fisherman's line.Somewhere in the mix we tangoed to King Crimson records after a concert where she drummed her lips while one guitarist 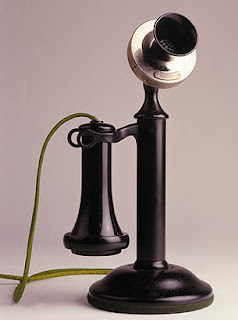 after another played to a crowd who might be looting stores on another night cursed with murder.

There was music in the living room despite all the scratches
and pops, we were surface noise on that mornings' stacked papers,
we were riffs with no song to belong to, two empty trash cans
tumbling down the cement steps of the emptiest building in the
city.

Done, spent, hallow in the parts of the soul where
personality lived like a share cropper harvesting borrowed land ,I
stare at the ceiling in the dark and think of how many ceilings
it's been that I've stared at up until now, the cracked and
curling off white paint, spider webs in high corners, Spackle
and wood beams painted over in hasty transformations that seal
off history, fingers poke through in the hole in my gut and
practice shadow animals. I stared into the dark and heard her next to me, her
breathing , whistles and grunts circled through her nose, her
breast rose and fell, visible from the bathroom light, still on,
I was alone, thinking of escape. I dressed, I left, and I dropped out of school and took a job at a Colony Kitchen, washing dishes and prepping food,
I drank too much, never called her.

But this today, the second half of the Nineties , and twenty
years of life and death in every mundane gutter, gulch and gulp
of having fun hasn't eased anything, there's always been that
tapping at the door, getting louder, the paint cracks and curls
again, I've stared at it for the hours that years take, wishing
it weren't there. I still felt like shit.


I got her number through one of those odd times of the years
when it seems everyone you've ever known turns up, heavier, puffy
with new chins, some one else I was went to the JC with who
also knew her said that she was back in town, working at the
University as an administrator for one of the graduate
departments, and on a hunch I asked If he had her phone number.
He did, and the business card he wrote it on the back of found
it's way into my wallet, where I half hoped it would age and
stick to the other cards there like hands clasped for too
long


It was a home phone number, and I called that night around dinner
time, desperate for relief. While the other end rang, the walls
felt like they flew away and that the floor under me dropped
out, the muscles of my neck tightened.

A voice came on, cheery and high on a soaring note, and I
recognized it as hers, deeper, burnished by cigarette smoke, but
the same, as always. I stumbled through an introduction, my
voice a ratta-tat-tat of syllables and vowels not sure of which
way to march, but I went on, she only said, "Oh, hi, uhhh..."
My neck strained cradling the phone against my shoulder while I
fumbled across the coffee table feeling for a Marlboro pack. I
imagined shaking her head at the other end, maybe while her
husband looked on, leaning against the kitchen doorway.


"Well", she said, "what do you want?"
I paused, unable to reach the pack, and then gripped the phone
like I meant to choke the life from it.


"Oh yeah, well this seems kinda weird, I know, twenty five
years without a call or a card, but, uhhhh, it's kinda important
for me, because, you know, you remember, that night we went to
the Mountain and Pat Travers concert...?"


"Yes?" Her voice had gotten clinical, an administrators'
tone for students who couldn't enter the negotiate the mystery of an add/drop card.
I tried to imagine they way she looked back in the day, fresh and perky, hardly into her her twenties when sensation and impulse were more important to learning of the turns of the world than lectures and slide rules,but I could see her right now, frowning down at the Phone as if looking down at some one caught trying to pick up the shards of a bowl they'd dropped, the corners of her mouth up turned and hardened into a smile that framed her face in a fleeting snapshot of disgust. This didn't feel like Homecoming.

"And later, remember? Your roommate was in Berkeley, and we
came back and played King Crimson"

"Did you? Sorry to force them on you, but uhhh, anyway, that
actually kinda brings up to why I'm calling."

"Does it? Listen, this is a little odd for me, and I have a
function tonight I have to get ready for, so if you get to the
point, I think we'd all be happier."

"Well, you've got me, I have to say, after twenty five years
and you call talking about one night of my life, and the only
thing I can think of is that you're sorry you were a good
fuck."

"Hold on, just a second, you're trying to apologize for
something I can't remember from twenty years ago, and we haven't
brought each other up to speed. Let me ask, what have you been
doing all this time?"

"Long story, really..."
" I suppose it would be, so shorten it. What are you doing Now?"
"Now? I'm a buyer for a book store, I meet with publishers
reps and survey their catalogs, and I handle special orders..."

" I mean, after we were done, you fell asleep and I was awake
and when I heard you snoring, I got dressed and left and never
called you again, never tried to contact you, and the sum of it
is that I've felt like a piece of stinking shit for years and
I'm calling to say that I'm very sorry I did that, I was selfish
and unwilling to commit to some one and I did the wrong thing,
and I'm sorry..."

There was silence, the dead air on the wire seemed to
crackle in the interstices between the tones her voice might
produce, the hum of atoms spinning along the wire. She spoke finally.

"I appreciate your attack of conscious, even if it did take
you almost a quarter of century to scrape up the change to make
the call, but it seems you've been disturbed by nothing in
fact. Forgive me, my memory is dim, but the best I can remember
was that it was a date, the concert was fun, the King Crimson
music was screechy, the sex was good, and you should be glad to
hear that, and the fact that you were gone in the morning never
to seen again was only too typical of the time, no big deal..."

"I see."
"But I'm glad you called. Now I have to get ready to meet
the graduate students..."
I wanted to continue talking. "What kind of work do you do?"

"This, that, and the other thing I have to leave. Maybe
I'll tell you in another twenty five years when you call to
apologize for making an odd phone call..." She called out to
someone, "Dear, where are my car keys? Oh, this is just someone
from the high school alumni group looking for a donation. On the
hall table? Thank you sweetie..."
"Look, I've changed, I've grown..."
"Sure you have, tall and strong like an oak. Yes, I have the
address, and I'll make the check payable to the Alumni
Association."
"But--"
"And tax deductible? Fine. Thank you. Goodbye."

She hung up, and the sound was a gentle cradling, the receiver rocking slightly and then falling quiet. My receiver was slippery with sweat , and I hung up only after a loud tone pierced the stunned silence . after which a recorded voice announced that I need to hang up first if I wanted to make another call.
at July 01, 2007