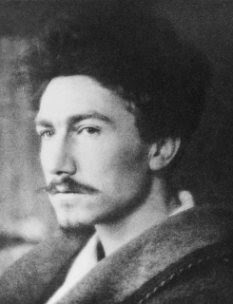 Charles Bukowski is a poet of whom very little of his work goes a very long way. I admire the absence of all unneeded images, and do place somewhere in the Hemingway league as a writer who can be spare without being chintzy. That said, his minimalism gets monotonous after awhile, and his lonely-old-drunk persona, declaring over again and again to speak for the dispossessed and the marginal, becomes its own sort of sentimentality: the fact that Bukowski became aware, early on, that his constituency expected certain types of poems from him forced him, I think, to stylize himself into a corner he never managed to get out of. Not availing him of different kinds of writing made him, finally, a bore. The truth of his loneliness, of his drunkenness, made him into a patsy for an audience that was too young, by and large, to have enough life to write their own stories. Buk became a one trick pony: his best material is his earliest, like Henry Miller, and like Miller as well, became a self parody without knowing it, Ezra Pound is some one who has given me eyestrain and head aches in college, something I can't forgive him for. He didn't give me anything that was remotely connected to the idiomatic language he idealized, the truly modern voice that was to be of its own time, a period sans history. It's a totalitarian impulse to try to live outside history, or to lay claim to it's reducible meaning, both matters Pound thought he adequately limned, but the problem was that his verse is leaden, dressed up in frankly prissy notions of what The Ancients had been up to aesthetically. T

he effect was perhaps a million dollars of rhetoric lavished on ten cents of inspiration. I didn't like him, I'm afraid. If Pound's poems work for reasons other than how he wanted them work, fine, which can be explicated interestingly enough with entirely new criteria extraneous to the author's aesthetic/political agenda, but it begs the question, really. It confirms my belief that Pound was talking through his hat most of the time. In this case, based admittedly on my learned dislike of his poetry, I think he gussied up his theories in order to usurp the critical commentary he knew would follow his work: no matter what, all critics had to deal with Pound's flummoxing prose before they could render an assessment, a trick he garnered from Poe, and one deployed by Mailer, a somewhat more successful artist/philosopher/critic (though failed poet).

T.S. Eliot had better luck combining the two virtues: The Sacred Wood and some of his other critical assessments have merit as purely critical exercises, self-contained arguments that don't require Eliot's work to illustrate the point. Eliot's poems, as well, stand up well enough with out his criticism to contextualize them for a reader who might other wise resist their surface allure. The language in both genres is clear and vivid to their respective purposes. Pound, again, to my maybe tin-ear, really sounded, in his verse, like he was trying to live up to the bright-ideas his theories contained: The Cantos sound desperate in his desire to be a genius. Pound seemed to me to have the instincts of a good talent scout. I'm grateful for his remarks to his fellows, but I wish reading his work wasn't a path I had to go through in order to find the better poets.

Unlike Frank O'Hara, dead too young, but with such a large and full body of brilliant--yes, brilliant--lyric poetry left in his wake. O'Hara, influenced by some ideas of modernists, got what Pound tried to do exactly right: he mixed the dictions of High and Low culture in the same stanzas with an ease that seemed seamless, he juggled references of Art, TV, movies, jazz , theater along with the zanily euphemized gossip of his love life, and was able to render complex responses to irresolvable pains of the heart--and heartbreak is always a close kin to his rapture--in lines that were swimming in irony, melancholy, crazy humor. This is poet as eroticized intelligence.
at September 23, 2010