The Poverty of Theory and the Burial of Poetic Meaning 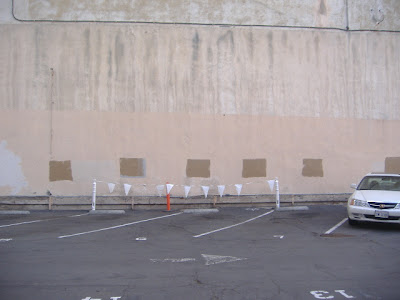 Jean Baudrillard is dead this past week, and what I remember from this postmodern French scold wasn't the sense he was making about how our reality is inauthentic and comprised only of ceaseless simulations of some archival idea of authenticity--an ordinary notion in cafe society better writers have finessed and fudged over the course of worrying about their legitimacy in the mythical public sphere provided by print. No, not that at all. It was that his theories reached the incomprehensible beauty of a John Ashbery poem, streaming, steaming strands of sheer pondering that gave one the feeling that what's being said must matter and must be important and is something one must struggle with and fabricate opinions on because JB's prose was damnably dense, rendering every specific detail it might come across abstruse, bruised and convoluted as matted hair. Tom Wolfe, fading New Journalism hot shot and junior league Veblen, had his uses, in this case providing a fine catchphrase when he mocked the New York art world in The Painted Word; critics and theoreticians of art had risen in importance, creating a situation where one could "see" the art unless they knew the theory. Theory, in general, is an all-consuming monster these days, formerly a habit of mind that would clarify issues, now a thing in itself, blocking the view. A theory is a guy in the row in front of you who won't remove his hat.
I like theory well enough when it's an aid to comprehending a work, but it's gotten so that theory itself is the be-all in literary writing, and that is the tragedy of much poetry that gets published and acclaimed. Theory is unavoidable when it comes to any attempt to outline why poetry works or doesn't succeed in accomplishing what a writer set out to do; dealing in broad outlines appropriate to the poems that might be considered, you set out your details, draw from the work, cite other instances of similar work, set up contrasts, make comparisons. Presto, you're theorist elaborating at some length in order to reveal the subtler aspects of what one hopes is work worth the parsing.

It's useful, though, because theory, in this case, is an activity secondary to the art it tries to address; if the poet is clear, if his abstractions crystallize contradictions between emotion and intellect, if he or she creates that remarkable language that is at once graspable and yet tracing the edge of invisible meanings, the astute critic is there to explain, draw out, praise and explicate those values that make the work click. Similarly, in this idealized relation, a poet full of his or herself, drunk on convolution, overblown language, large concrete slabs of pulse-less abstraction, and all sorts of crabbed, cubist intellection, the critic is there as well to address the problems of an art that is created for no audience in mind other than a small circle of sycophants.

A large part of the problem is that criticism and theory have achieved parity with creative writing, with the result being a generation's loss of heart in the lines they wrote. The intuitive, the gut level, the anecdotal was distrusted, and poets had to exercises something like a critical self-flagellation in their nominal poems that carried the caveat, implied or directly asserted, that the "I" writing the poem was a social construction, and that the responses the poems contained were part of particular political hegemony which had made slaves of us all. The function of creative writing, of writing poems, became one witless bit of onanistic deconstruction after another. Where difficult poems by Eliot, Stevens, Bishop, and Ashbery at least tried to (successfully, I think) leave with a sense of the things they spoke of and allowed for reader interrogation, much poetry since has become incoherent for its own sake. I do think there was a generation of poets who did not know how to write about the world or their experience in it.

Billy Collins, not a favorite poet of mine, is correct when he says that we're still in the early stages of recovering from the bad faith difficulty that's hounded us for twenty some years. It's just that theory, in the hands of its practitioners, doesn't know its place. There are not enough decent, good and brilliant critics as there used to be; there seem to be no Alfred Kazins, Frank Kermodes, Leslie Fielders on the horizon to continue the task of sussing through, inspecting, and interpreting novels on the basis of what's actually in the work, and thereby establishing a base from which to grasp how particular works succeed or fail or wallow in the middle in their attempts to enlighten.I'd call this criticism for the engaged reader, the ideal person curious enough about their entertainments to want to discuss the issues they arise further.

The criticism-as-closed system begins, I think, with the advent of the New Critics, ala I.A. Richards and F.R.Leavis who, though paying tribute to the idea that the study of literature, specifically poetry, needs to be reduced to nothing other than what is within a given work (excluding all other details such as historical context, biographical information, influences, etc), I suspect the intention was to create a systemic jargon that was intended to mimic the analytical esoterica of scientific inquiry; there is an envy within that particular circle that wanted the authority and power of what hard scientific investigation was thought to have. Though New Criticism has waned in years with the advance of new fashions and trends, the impetus to remove criticism and theory from the mainstream hasn't gone away. It's gotten worse, let us say.
at March 08, 2007