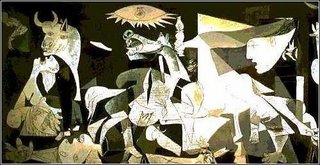 Barry Goldensohn can write with a snap and twist in his lines with the first part of "April 26,2006"his poem that prevent this from being merely a speedy itemization of habits he's had on his life 'til now. He has the sense to ease on the breaks, slow down, offer a side comment, an aside on the passing banalities he's bothering to tell us about.
It's a fast list, and it is not without the slight shock of recognition:

...the century in which I've lived most of my years
on an orderly, ritual-loving continent,
with well-regulated trash collection,
public gardens, smooth lawns, milk
delivered at dawn in cold bottles, clinking and sweating—

At age sixty nine and he's ready to burn all his old clothes, move out of the shabby house, develop interests and rituals that are seemingly irrational and ill mannered for a man who is supposed to have more dignity as he ascends to deep senior citizenship. Not so, the narrator implies, I've behaved and have been dutiful and dull all my life; why should I be more of the same as I realize there are more days behind me than ahead of me?

It's a question worth asking, and Goldensohn does a good job of setting us for a rant about living a fuller life full of rage and ecstatic abandon as the days get shorter, but here he does a hard left turn and turns what 'til now was a minor key bit of longing into something angry, outraged, morally offended:

screaming and glistening with blood
at the hour of my birth Guernica was carpet bombed
as practice for the time of saturation—
the horrified face through the window that sees
the broken bodies by the light of a bare bulb—
devastating cities thick with targets, human
and other items of civil life: school,
public sculpture in parks, music pavilion, musician,
library, literary life, the writer.

There are ways to present startling contrasts in differing views of the world , and there are ways where irony can emerge in the presentation and reveal the tenuous foothold any paradigm has on
defining the all of everything. But this isn't the poem, and for all his skill as a phrase maker--there isn't a badly written line in this poem--there's a cut and paste feeling to this piece; it's as though Goldensohn were rummaging through a shoebox full of parts, unfinished stanzas, templates of recurring poetic themes and slapped them together, a jarring wedding of two poetic styles, the wistful and vaguely nostalgic, the other hectoring, moralizing, humorless and grave. It is one thing to segue from the hour of his birth to horrible battle scenes, but Goldensohn's horror is just as aestheticized, abstracted and at several layers of remove as was his previously addressed assumptions about a lifetime of being a banal, dutiful citizen.

He relapses obviously and
conveniently into the seductive habit of writers using art and art making as subjects through which they tackle the confusing, the contradictory.
Here he winds up describing , plainly, Picasso's
iconic "Guernica" painting as a means to deliver the moral of his story, which is that artist ultimately fails to say anything fixed about existence in their work. This is material that thousands of poets, good, great, mediocre, have covered to the far flung best of their abilities, and as such all wind up saying the say thing, that the senses are fallible and that the best an artist can leave behind after they pass on is interesting evidence of their failure to uncover the big truth.

Goldensohn's big truth with this poem seems something written out of boredom, or typing practice, being the kind of self-inquisition that poses a hard question and then dodges the bullet of making something interesting from their set with a cheesy sleight of hand. It was a typical trick in high school debate class for someone to invoke Hitler or the Holocaust when the subject concerned matters of life and death, whether the death penalty, birth control, the draft. It was a ploy to stun and stall and defer, and a attempt to get the opposing debate team to cede points that hadn't , in fact, been clearly argued.

Goldensohn, stuck for an exit out of what was turning into yet another flyweight screed of casual irony, slammed us with Heavy Subjects and Grave Issues, and dares us to ask him for a better linking between the two voices, or to ask what it was he was trying to talk about in the first place.
at October 19, 2006