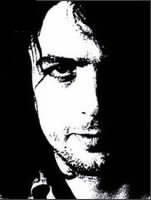 Syd Barrett, founder of Pink Floyd and probable acid casualty, died this past week, age 60. Although his tenure with the band was brief, very brief, it's a legacy that cannot be dismissed,nor one that we can afford to forget.

Syd Barrett did one thing very brilliantly in his musical career, which was co-founding Pink Floyd and being the central creative for their debut album, The Piper at the Gate of Dawn. Usually someone who starts off bright star and budding genius who flames out early is consigned to the ain't-it-a-shame file and only recalled in diminishing rounds of generational recollection, but Barrett's name has remained constant in discussions of Pink Floyd's career in the years since his deterioration and departure from the band.


Although Roger Waters, Gilmour et al found their own voice and peculiar sense of combining experimentation with mainstream expectation, Barrett's influence on the unit was never transcended, forgotten or obscured; it's more like the ground breaking work Barrett did in the short time at the band's start was rather refined, expanded, nuanced and tweaked in subtle, often sublimely achieved ways. Although it doubtlessly gores Roger Waters' ego to confront this, but the Barrett imprint on Pink Floyd was never erased. Water's claim to greatness is that he had taken Barrett's diffuse template and personalized it into a cryptic, caustic world view, just as the band maintained the blurred eclecticism and make music that was individually achieved yet contiguous with Barrett's briefly realized genius.

Barrett may have been a one short wonder, but the bullet he fired went far and pierced many layers of armored conservative sensibility with regards to music. His achievement for such a short productive time casts a longer shadow than a few dozen others who've had decades to make music.
at July 11, 2006