The Smartest Typist at the New York Times 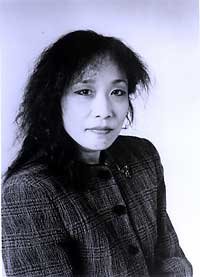 Michiko Kakutani, who is celebrating twenty five years as the chief book reviewer for the New York Times this month, is a wonder of wonders, a case of the spectacularly uninteresting being rewarded for their chronically undernourished opinions with celebrity and, we assume , more pay. A shame that talent has little to do with the prominence of the most visible reviewer on the paper, as she reviews books like the smartest kid for a junior college bi-weekly student newspaper, which is to say that her insights, her scorn, her depth of field would be amazing for an eighteen year old in any decade.

This, of course, sets up those who continue to read her to have expectations that she will someday come into her own and develop the qualities one desires in a critic--real passion, a lively, unstrained prose style reflective of a personality that wants to talk to you, and, if it's not asking too much, insights, conclusions and judgements that break away from the cliches and tropes that often, too often pass for commentary. This blossoming is not forthcoming for Kakutani, who remains an extremely ordinary reviewer of other people's work. She does not sound as if she cares about the books she's tasked with giving an opinion on, and there is mechanical movement to her columns, a method she's seemingly developed in order to dispatch her obligations as soon as possible.Pauline Kael cared about the movies she wrote about, and though she faltered toward career's end with messy pronouncements and idol worship, at her best she convinced you that movies were importand and had you talking about the issues she's raised. Kakutani just makes you wonder again and again how any reviewer could make reading books or writing reviews about them seem like such a joyless way to spend one's time.
at April 11, 2006