The Decline of Elvis Costello 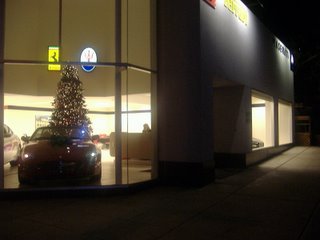 I had the faint hope that Elvis Costello's most recent CD,"The Delivery Man" , would be a solid and tuneful set of punchy rock and roll and sharply writ lyrics as was Costello's previous "When I Was Cruel" from four years ago, but such is hardly the case. Well, no,that understates the disappointment, which was something akin to questioning my tastes when I was in college and feeling compelled, fleetingly so, to apologize for all the positive reviews I'd given his albums in the Seventies and early eighties when I felt I still had some purchase on informing the culture and the people in it about the best work the best of us were doing. Fortunately, I stopped drinking some years ago and avoided anything so rash; I went to sleep and the worst despair was gone, but I was still irked, cheesed off, madder than a wet hen. Elvis Costello has been sucking for years now, and I was tired of waiting for one of those "return to forms" one anticipates aging rockers to do, hoping they live long enough to make one more disc that has half the kick
such musicians might have had back in the day, or the night, or just back when they cared. One way or the other it amounts to waiting for someone to die, yourself or the artist in question. It's a very slow game of chicken.

It's been long enough to wait for Dylan or the Stones decide that they want to make music again that sounded like they still enjoyed their work as much as the money they make from it. Costello isn't that old, and he hasn't lost his talent; his ambition just got in the way of it. The songs are wandering bits of amorphous mood setting, vaguely sad, melancholic, inward drawn. The worst of "Painted from Memory", is irresolutely medium tempo collection of muzaked dirges with Burt Bacharach (both of whom apparently forgetting that Bachrach's work is marked as much by quirky, uptempo tunes) meets the pulseless shoe-gazing sniffling of "North".Costello has been trying to show everyone how much he's matured and grown as an artist and writer, but unlike someone like Paul Simon, who improved dramatically in his solo work after he finally bid adieu to the collegiate poesy of Simon and Garfunkel's too-precious word mongering, Costello tries to get it all in, to say it all in one song, and then again in the song after that. His songs tear at the seams, and there is not the overflow of talent you'd like, but rather an uncontainable spillage. Simon, through "Rhymin' Simon" and onward, knows the meaning of restraint, containment, care in image and metaphor. He remains a songwriter with an especially strong sense of pop structure, a matter that forces him to make each song the best he can do at the moment. Costello is, on occasion, a better melodist than Simon and a more interesting, verbally dexterous lyricist, but it is his lack of care that sinks him here and throughout most of his output in the 90's. Tom Waits, his closet in terms of sheer talent, does the sloppy and the unrestrained with the kind of genius we reserve for Miles Davis and Picasso. Costello is shy of genius, is a brilliant craftsman when he applies the technique and reapplying himself is exactly what is called for. The songs on the new one are unfocused and drift in structure--Costello seems to be trying to convince that playing being indecisive about how he wants a melody to unfold, or what mood and psychology he wants to get across is enough to evoke Hamlet-like assumptions of deep thought and artful equivocation on key narrative points.

He sounds like he's trying to be artfully oblique, but what Costello forgets is that his greatest talent was his ability to absorb the styles of fifty or so years of rock, pop and rhythm and blues styles and then compose a fantastically buoyant music that was at once subtly argued in the lyrics and intensely rocking with the music. Costello must not like to dance anymore, and has entered middle age with some overblown assumptions that he needs to be artier, moodier, more depressed, more diffuse, more obtuse than he was when he was a young punk trying to make a buck off his bad attitude. There are those die-hard fans who would counter that Costello's lyrics are the subtlest and most literary of his career, something I would argue against, but all the same, this is a weak defense of the general torpor that saturates "The Delivery Man". Even if it were so, albums that are more interesting to read than to listen to are fit, on principle, to be used for target practice at the next skeet shoot.
at December 29, 2005