Fretting in the examination room with Sophie Cabot Black

Robert Pinsky , Slate magazine's poetry editor, has the enviable task of selecting and posting a poem for interested readers to debate each Tuesday morning, a fact I mention only because the discussions that result appear on that magazine's attendant Fray forum contribute to the minor declarations you read on this blog. The talks alternate between lively, inspired, dull and droning, and there are those outbreaks of real acrimony over imagined transgressions a few participants in the digital ether believe have been committed against them. It's a quarrelsome rhubarb much of the time, there are moments when I wonder I spend so much time on the board, between work, free lance assignments, reading my book of the week and the regular social engagements:might I have take that time and write the great American rent check instead?

Maybe, but I realize quitting the board would deprive me of a source of material to post on this blog; for the last five years I've been commenting on Pinsky's selections, honestly, subjectively and all that, and have blended the best of the exchanges into a single blog post. Sometimes, however, I get stumped, there is a poem I can't respond to, not because I don't understand it, but that I understand it too well. There are things I prefer not to think about, although I know I have to. Try as I might, the issue appears again, that low branch I run into while looking back to see how close the boogieman man is behind me. Whack! Sophie Cabot Black's poem "Biopsy" smacked me hard.

Once he lies down, he says, he is afraid
There is no getting back up. Maybe
It will be that nothing ever

Is the same; you put the body down
On the adjustable bed in the room where
Those before you also came and climbed into

Clean sheets, one blanket, one pillow, and a noise
Turning into trees whispering overhead.
People dressed in the exact clothing of each other

Walk in and never look at us. He is still afraid,
And so I lie down first, which is to say nothing
Except I am not him, concentrating on the manufactured

Tiles above us, which came from somewhere far
And were brought by truck or rail to this city
Where in time they were laid one by the other

To make a ceiling, sky below which we lie
Looking for stars, as the needle enters the vein,
And we search for any possible constellation, something

The Black poem "Biopsy" hit close to home with me because I had a biopsy myself three two years ago, one of the most nerve nerve-racking and dread-filled events of my life. Some peculiar had come up in the results of a blood test a doctor had ordered up, so we arranged for some tissue samples to be extracted from the area of concern.

This was one of those health plan doctors who seemed to habitually overbook his daily practice and who's staff is humorless and seeming more interested in their tasks than in the patients. I was instructed to take off my pants and have a seat in an examination room and wait for the doctor ; an hour later, after reading every chart on the wall at least three times, no one had come into the room. I put my pants back on and went back out the nurse's station to complain, and the response from the staff who'd heard me were stares, blank stares, more annoyed than anything else, like who was I to complain about being kept pantless in utilitarian examination room for an hour without even a magazine to read?

Black's poem is effective in sound and image, but more importantly it gets that anxiety of the mind trying to distance itself through various means and subterfuge from the nearness of death, a dread compounded because the thoughts you're trying to bury or obscure have a way of emerging back up to the forefront of consciousness; that sinking feeling gets you again. It does sound, I realize, that I am complaining about the small things, but this dread was awful. I was in a mild depression for days leading up to the exam , and the actual appointment was prolonged, bureaucratic. It was my good fortune that the results of the lab analysis were in my favor, but the processes leading up to the relief were interesting to note, especially the various kinds of deal making I was doing with God or whatever fateful pixilations that await. I was , in effect, preparing to settle my accounts on this planet between the mental sessions of minimizing and maximizing the pending news about the health of my prostate. Black's poem is about someone's psychological defenses against the cold facts of the certain death nudging up against unavoidable events. It is enough to make you pause and retire your certainty as to how the way things should work. You're forced to deal instead with the way things are, concrete and unmindful of what you'd rather be doing.
at August 10, 2009 1 comment: 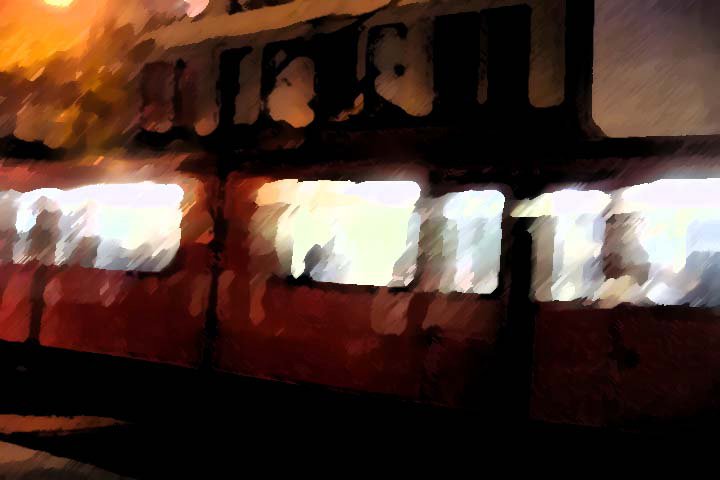 Sheetrock
Sophie Cabot Black
As if almost too late we ripped into each other
With whatever we had: mouth, feet, fingers,
Teeth. The resolute tools of two
Lowly carpenters who wandered
In and decided to change what they saw
As longing. The contract was full
Of how we were not to look up as we tore down
To the impossible. To begin again
Is to have no idea where this will go
As we climb around each other
Raising dust. Whole sections in our hands.
To dismantle is not about surrender; the way
In is the way out. As long as
We are here, to do something. Everything.
We give into things all the time, like age, taxes, obnoxious passengers we share our bus seats with:  a life sometimes seems like a series of proclamations announcing a sequence of lines-of-death , principles one will not betray, only to surrender willingly, without a fight. It's less interesting to consider why one abandoned non negotiable positions --firm moral standards in contemporary discussions are fictions we cling to and gauge our success at adhering to them as if we were coaches judging their team's point averages through the season--than the intensity of the abandonment.

Exposing posing is the key here; there is a mania in the groping and tearing, the fingering and gripping, there is the urgent thrust of lust in the rather primal need to remove any pretense of ordering particulars and to make everything and everyone in the room at that moment supine, compliant, equal in a tangle of parts , wires and segments of hard surfaces.  Black works the metaphor with exceptional grace and punch; she does not belabor the image, nor does she make as if this a sort  of dialectic that will offer up a newer, fresher,  wiser synthesis of older ideas after they come into violent conflation;

Black here gives us a poem where , rather suddenly, intensely, convincingly the lovers are carpenters, tradesman of a sort digging into the structure that housed the prohibitions against their coming together. Some new will be built, no doubt, something will take the place of the rickety construction that had been there before, but nothing can be built until something else is removed, bluntly, abruptly; the rules of attraction are a plan of action  that denies the grip of the past and ignores the consequences that may come to visit in the future. What matters is the desire to transgress the boundaries, tear out what was useless and explore with each limb and digit what was hidden by the layers of wire, sheet-rock, plaster and nail studs.

to dismantle is not about surrender; the way .In is the way out. As long as
We are here, to do something. Everything.

The prospect of making love, of making something new, both relationship and the likelihood of creating new life, goes only after one becomes willing, in the allure of a desired end, to rid his or her self of things , ideas,  friends and family that they've outgrown. One is in a place to do something, anything, to give themselves to the natural habit of wrecking what was in place, scratching their head sabout what to do now, and then to build frantically.