more words on verse that burns the envelope it came in 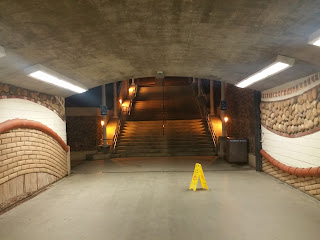 Experimental poetry used to be the kind of stuff that broke with established forms of verse writing , both in form and aesthetic . A good survey course in Western Poetry will pretty much be the history of one school of poetry arising in response and/or rebellion against forms that had long been dominant , with the more daring and expansive poetry influencing younger poets to the degree that the experimenters over time become the old guard.

This goes on and on, exceptions to rules becoming rules until another generator of impatient experimenters come along with their contrarian notions of what verse should be, usurping fusty older poets and becoming the dominant ones themselves, fat, complacent and ripe for over turning. I don’t know if that’s a working dialectic , but it is something that has continued since literate men and women sought to express grand and vague inspirations in language that did more than merely describe or paraphrase existence. It’s my feeling that experimentation has become the norm and that we have these days are recyclings of previous avant gard ideas and gestures, names if theories and practices changed ever so much.

But not so much.It’s gotten to the point that the school of poets who are referred to as the New Formalist, poets who’ve tired of free verse and variable feet and the several generations of “open forms” in poetry and compose poems that rhyme and which employ traditional meter, have become a controversial matter in that they threaten to usurp the hegemony of the Avant Gard tradition. To each their own.

Myself, I am attracted to any kind of poetic writing that has that rare quality of being dually fresh and unique; I am less intrigued by the theory behind a poem, experimental or traditional than I am on it reads, on whether it works. If it produces a reader’s satisfaction, then it becomes useful to investigate what a writer has done as an artist in this odd medium, bringing skill and on the fly inspiration to bear in the writing. This can be the case with Ron Silliman, John Ashbery, two poets who arrest my attention with their creation of indirect address of the living expression, and it is the case for Thomas Lux and Dorianne Laux, two other poets who are not averse to letting in you follow their line of thinking and who still lead you results that are unexpected and extraordinary.
at September 26, 2016