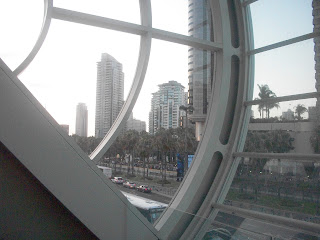 So much vitriol has been unleashed from critics following the release of Zack Snyder's "Batman v Superman: Dawn of Justice" that it's not unnatural for those sympathetic to the director's zeal to give us a vision of superheroes in the Age of Anxiety to suspect that the reviews were a result of herd-think. The image of a bunch of high school thugs cracking their knuckles waiting for their selected victim to emerge from the protection of the school halls comes to mind. What they had to say, the critics, sounded more like they wanted to hear themselves in the hating, the collective will to condemn without attempting to dig into what Snyder was doing artistically or in the overlapping storylines. No, I am not one of those who thinks Marvel, DC's rival, bribed critics to give BvS: DOJ  negative reviews. Instead, I think three years of anticipation and bickering and speculation while the film was being made has poisoned the critical well. Herd thinks. That's my view.

That is to say that I don't think the movie reviewers were on a rival company's payroll in to order to undermine the DC Comics sophomore entry in creating a cinematic version of its comic book line. In the time since this project was announced at the San Diego ComicCon in 2013, naysayers, professional critics and compulsive internet nags alike, appear to have been chomping at the bit to get their negatives in order for that day when BvS: DoJ finally had a public debut. The vitriol, much of it clever in the art of invective, seems too polished, over-rehearsed, like a "gotcha" line from a Presidential debate that makes for a good sound byte but misses the point all the same. That's what I think of the negative reviews, they miss the point. The zeal of containing this film in the buzz-kill fog of horrible word of mouth has made for sharp writing and bad thinking.

Of course, I loved the film quite a bit, flaws and occasional gaps in plot logic altogether. The film, though, is beautifully mounted and is not incoherent at all. Anyone halfway familiar with the essential DC comics this film comes from will have no trouble going along with the vivid visuals and photo-caption philosophizing that move through this, yes, "grim-dark" saga of how the world's two most famous superheroes come to do battle in their first encounters. Without going into an excess of chat-happy detail and equally overheated defense of the film and the director's choices, it just needs to be said that Zack Snyder makes a different kind of comic book movie than what Marvel's glib, chatty, joke-infested action vehicles have; Marvel's is not a bad style, of course, and it has been extremely profitable for them, but it amounts to a House Style, which is to say that it seems as though each film is directed by the same person, each is written by the same team.

Snyder goes a different direction and, though one needs to admit that his storylines are often muddied film to film, his visual style, from his dark, steely color schemes, his sense of alternating slow motion and rapid motion during action scenes, his ability to fluidly provide with a sweeping series of panorama camera moves that gives us a vision of a world where humankind is challenged by both heroes and defenders who's existence in the midst is terrifying on the face of it, effectively resonates with the dread caused by dark headlines from a world that is anything but serene . The fight sequences are splendid indeed, Ben Affleck may well be the definitive Batman for years to come, and Henry Cavil as Superman creates a subtly complex portrayal of superhero bedeviled by the negative results his attempts to help the mortal world result in.
There are a number of well-argued defenses of Batman v Superman one can Google that defend Snyder's style as applied to these icons, and which argue that BvS is quite a bit of a triumph and a breakthrough in the genre. I would recommend Mark Hughes' calm, thoughtful defense in the online edition of Forbes. The short and the long this set of paragraphs is to make mention that even with flaws, there is verve and flair, grit and brilliance in this movie and that anyone with a love of comic books, in general, owes themselves the gift of seeing a film that will be a game changer for how comic book movies are made; I have confidence that the DC Cinematic Universe is here, a vital and vibrant style of superhero movie that will be an important counterpoint to what Marvel offers.
at April 18, 2016