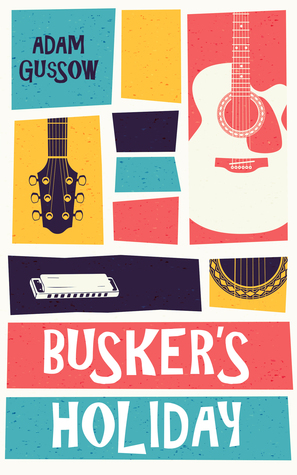 Years ago, in the Seventies, I was a literature major and eventual graduate student at a fine university where I was, of course, obsessed with finding the pulse of life, the vibe and life force of all things that matter through poetry, great, high gear novels and mad, insane, blues and jazz excursions to the end of any musical theory standing to be exhausted. I typed 60 words a minute, played a rough but savvy harmonica, and was concerned at getting to that indescribable "it" that laid behind the mere appearances of the ordered world we, as a species, were assigned to live in.

I was, as well, a carnival worker for a five summers during the course of the Seventies, starting in Del Mar California and working my way up through the county fairs of the California coast, working my games, making my change, playing my harmonica at different truck stops up Pacific Highway and writing garbled poems and notes in many spiral notebooks in several tick-ridden motels from Costa Mesa up through Modesto, Turlock, Stockton and Sacramento. Of course, I survived the enthusiasms and excesses of youth and slowly became a part of the mainstream I vowed to avoid and detest. I am, of course, satisfied I made the right life choice. But I do miss the pace, the drive, the rush of those days, forcing my literary knowledge to deal with the fluctuating dynamics of the read world as it unhinged. This was the rush to be in the world, feet first, head submerged, experiencing in a full thrall what the unfiltered neighborhoods of the state held.

Adam Gussow, a professor of English and Southern Studies at the University of Mississippi, is among the best younger scholars of blues culture one is likely to come across. He is no less, a superb, stylish, and gritty blues harmonica player who has, in his time, traveled and plied his trade as street musician and busker, most notably as part of the duo Satan and Adam, with guitarist/vocalist Sterling McGee. Gussow is the author of several fine books related to Southern and blues culture in America, and wrote a fine memoir of his relationship with McGee, “Mister Satan's Apprentice". This is mentioned just to establish that Gussow isn't a mere dilettante on the blues, mastering a few tricks and signature moves and then resting on laurels and a reputation made long ago; Gussow continues to gig, with McGee , as a solo performer, and in collaboration with a number of other musicians, often times in public, on the street, the hat out for loose change and scattered change, keeping himself honest with what he plays and maintaining a connection his vibe with the world of experience that is the energy the blues channels. He is a scholar who continues to seek the source, to find that invisible "it" behind the mere description and appearance of things as they present themselves.

His first novel, "Busker's Holiday", is, I imagine, a fictionalized accounting of his own quest, a young man at particular moment of his life when what he's been doing in terms of study, romance and location no longer fits the skin he wears and gets an itch to try something else, to what happens. Set in the 80s, the novel regards the plight of McKay, a doctoral candidate in literature whose life has hit a rough patch. Reeling from problems in his relationship with his girl friend, McKay jumps at the chance to go on a five week trip to Europe with his friend Paul. A blues fan, McKay gathers up his harmonicas and his amp, eager to perform before crowds on the Continent. McKay , the seeker of greater experience beyond the books and bourgeois heartache he has known so far, plunges into the center of things and allows himself to be swept along.

There is something akin to novelist Henry James here, the 19th and early 20th Century American novelist who had as a major theme the confrontation of the New World (America) and the Old World (Europe). But where James' novels--"The American", "Wings of a Dove"--were long, measured, slow paced and geared to consider the interior lives, the changes of psyche, occurring over long stretches of time, Gussow instead goes for the Beat-influenced insistence on sensation, speed, the influx of sound, smell, and blurred vision. There is the velocity and mania of Jack Kerouac here, that point where the novel opens up with its landings in Paris and beyond, but author Gussow has a better command of the technique. He keep the tone and pacing right; Kerouac and the Beats are an obvious and working influence on the style of this tale, but what we have here is something better and, I think, more honest to the experience. Kerouac is problematic for many of us, and for me the issue was his willingness, his chronic need to make his already made pace even more intense with infusions of hip-argot, haphazardly placed modifiers.

To paraphrase Gore Vidal, Kerouac used adjectives, verbs, similes, metaphors “the way truck drivers uses ketchup at a diner.”  Gussow has a better command of the style, the instrument, which that he gets closer to the Charlie Parker concern of “making it all fit”, the Spontaneous Bop Prosody that Kerouac’s principle aim with his prolix excursions. The writing is vivid, alive, the mellifluous sentences flow when he goes at length and the shorter sentences have something of the Hemingway craft of resonating terseness. The prose has a remarkable sense of balance as the sensations accumulate,seemingly one atop the other, like airplanes stacked over Holiday period airports, but rather than stumble or  lose the beat, the details, the patter, the interior monologue reflecting upon and then joining in the conversation McMay is having with the world and the people he takes the journey with is deft, smooth. For all the temptation to write run on sentences , without pause, until an idea actually hits him, Gussow has a remarkable craft here, giving the reader a broad, nearly all encompassing view that at times threatens to become an impressionistic blur. He knows his tempos well and how effective they can be if used with the right measures of grace and restrain. There is a poetic crystallization that is not sacrificed in the name of dredging tangents and facile sight seeing.

It is a recollection that resonates. McKay is delivered very well; an engaging, seeking, impatient, naive, curious man in search for knowledge and new means to express a growing feeling of a rich inner life. The writing is swift but disciplined, loose but always aware of where the rhythm truly is, is a match for the harmonica playing and instrumentation you’ve described. It is a wonderful and engaging accounting of being within the experience of performance, of when the chops fail and where they come together.
at October 17, 2015