Turn off the lights

(I came across a trove of newspapers, the UCSD Guardian, saved in pdf. format online and discovered this, one of my first attempts to be a film critic.I thought I'd put here for all to view, if only to remind myself that I  sounded quite a bit more precious than I  do know. There are creaks and groans and other odd sounds of aging that give my proclamations a soundtrack of authority.The films were special media screenings for the 1980 San Diego International Film Festival which held forth for a few fondly remembered years at Sherwood Hall of the La Jolla Museum of Contemporary Art. Yes, I sound a little more pompous than I do know. My voice hadn't cracked yet.-tb) 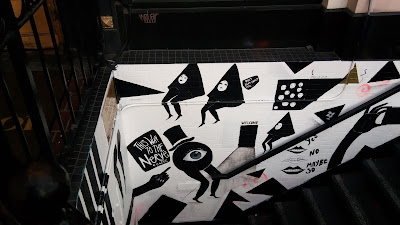 As one of the few "critics" in town to see the preview screening for the San Diego International Film Festival, scheduled from now until Nov. 3 at the La Jolla Museum of Contemporary Art, I'm inspired to think that the movies reflect Frank Zappa's description of his music: no commercial potential. This isn't to say that the films are so irredeemably bad that no one, intellectual and lowbrow alike, would sit through them -far from it - but the festival board has gone out of its way to have an international collection of film· makers whose works fall well outside the norm for the movie going public, films that one isn't likely to see at the Guild or Fine Arts, let alone UTC. In any case, this year's movie crop isn't bound to please everyone. For my part, basing my judgment on evidence of the six screenings I attended, [have to give an appreciative grin. 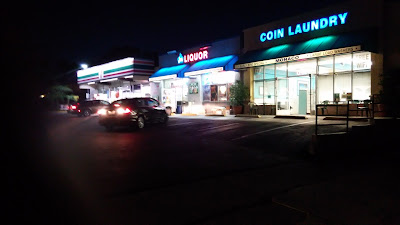 First off I may as well deal with the film that did the least for me, Radio On, a British and German coproduction directed by Christopher Petit. Petit is the former film critic for the British weekly Time Out and  a film theoretician in good stead who, following the precedent t set by New Wave  icon Godard, Rivette and Traffaut, has decided to put theory into practice and become a film· maker himself. The problem is shameless emulation and a lack of insight into the subject matter. Radio On concern itself with a young London disc jockey on the way to Bristol to uncover the mysterious circumstances behind his brother's death. His subsequent encounters leave him with a feeling of alienated finality, ennui and despair. Filmed rather well in black and white over a terrain of freeways, bleak country road and grey cityscapes, the film fairly reeks of the movies by German director Wim Wenders. It features Wenders· like long takes, ponderously slow exposition shot and muted emotions of characters, who are unable to communicate much at all. Petit, though, seems to have misread Wenders, who in films like Alice in the Cities, Kings of the Road and The American Friend. is usually able to investigate such things as cultural dislocation, the ramifications of the cargo-cult on postwar Europe, how pop culture mythologizes reality and how those verities come to play in the psyches of his characters. Petit's people merely strike a stance of thin·skinned alienation and sulk as the camera soaks in the impressively miserable environs, like a working·class bar, a rural gas station, and all night bakery. . 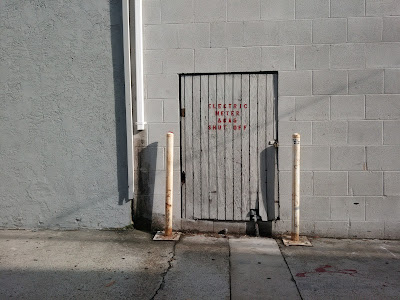 What does Petit intend to tell us? I suspect his intentions are nothing more than to show us that civilization is unable to give us the things we need. American director Bob Rafelson intended much the same with his Hue Easy Pieces, but succeeded. Rafelson on at least gave us the benefit of character development, an archaic notion to many vanguardists but a ploy that still gave Pieces unity. In essence, Radio 0n is empty and  exists more as a fashion pose than an edition to an art form 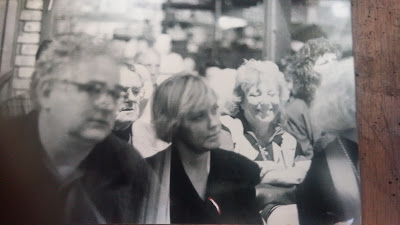 Woman Between Dog and Wolf, directed by French director Andre Delvaul is a well wrought film about with the dodgy subject of stoicism at the conceptual center of what it unfolds in narrative. As Belgium is pushed into World War II, a man joins the pro·Nazi nationalist movement and leave to join the conqueror of the Eastern Front. In the interim, his wife (Marie Christine Barrault) is treated with hatred by her neighbors, retreat into the actuary of her house, and tries her best to maintain a home of order and normalcy. A resistance fighter takes refuge in her cellar, culminating in their having an affair, and the resistance fighter's vouching for her against revenge· minded neighbors : Through the resistance fighter's interaction, her husband I pared the death penalty and returns home , and from there he develops an obsession for his former cause, unable to adjust to present-day realities. He continually y tries to justify his past by writing his memoirs. Dclvaux handles this story with a neat, precise hand, especially in his editing. Instead of going the fashionably "arty" route of long takes, the scenes are brief and succinct, establishing their plot particulars and schematic cues rapidly, then fading away gracefully as the screen darkens and then awakes on another local and incident. The Last of the Blue Devils, directed by American Bruce, Ricker, is a documentary about the Kansas City jazz scene. It's also a case of taking the good along with the bad. The bad in this case is the editing, which is aimless and leaps from one thing to another with little cohesion, most specifically in the way Ricker intercuts vintage footage of Count Basie and Ivory Joe Hunter with more recent film. The good are the performance, inducing superb concert footage of Basie and his band, a jam session between saxophonists Paul Quinchette, Charles McPhearson, a trombone and the blues vocals of Hunter, whose capacity to belt a lyric hadn't diminished a bit as he aged. Generally, a messy but fun movie.

Those familiar with the way Alfred Jarry presented dictators in his King Ubu plays will have fun with Adolph and Marlene, a  film directed by German director Ulli Lommel. The festival program notes say the movie is a bit of "historical speculation" about an alleged liason between Hitler and Marlene Dietrich. The film’s intention is less than the far-fetched speculation one would suspect. It is an exercise in turning the Hitler persona into an excuse for buffoonery, casting him as an ideological Imbecile whose various diatribes, much of it taken from Mein Kempf, collapse under the weight of their illogic. The Hitler character, performed unctuously by Karl Raab, is a man of penultimate pettiness, unable to distinguish between the drive for power and affection, between sentiment and mawkishness, clear thinking and lunatic espousals. The effect is comic, but also underlines the tragedy of power becoming a thing in and of itself, without purpose or goal. In all, Aldoph and Marlene is comic enough to elicit some  self-satisfied snickers, though I could have done without the ending. As Hitler's and Eva Braun's bodies burn during the fall of Berlin, Marlene and her manager Luminski drive by and stop while, unfathomably, a group of Black American GI's stand in the foreground on some steps. Marlene hands Luminiski a small globe small as an egg shell, and he perches it daintily on his fingertips. "Don't you have a bigger globe?" he asks her, eyes heavy. Marlene smiles icily and drives off. . Weird, no? Symbolic, no? The conclusion seemed a trifle arty to me, an intrusion that muddled what until then had been a well·played absurdist comedy, Lommel would have served his purposes better had he eschewed all these metaphors and had played it straight. # Of the six films I viewed, the most problematic was

Elisa, Vida Mia (Elisa My Love) by Spain's Carlos Saura. It is an arid , fragmented. maddeningly slow meditation on love and hate, life and death, reality versus illusion, and maybe a couple of other themetic  duplications I missed along the way. A woman (Geraldine Chaplin) goes to visit a retired man (Fernando Rey) who lives in an isolated house in the far reaches of Spain. From there she encounters various hallucinations about the lives, deaths. and loves of herself and other people, and a general confusion of what is real or imagined. No doubt, as the program notes say, that Saura's intention is not to provide any clean answer to the dilemma. but to “... evince the linking of imagination and memory ," but for me the film is a labored affair, top-heavy with its own importance. Though only 110 minutes long it became an endurance contest.

On the other hand, L 'lmportant C'est D'aimer (The Important Thing is to Love) a French, Italian and German release directed by Andrzej Zulawski, is great, a love story that goes beyond the tawdry wrappings of the genre and deals with love in connection with guilt. indebtedness. and commitment. Romy Schneider, an actress lately reduced to making porno films, meets up with Fabio Tassi. a cynical photographer. who at first is interested only in exploiting her. But he falls for her and tries to help her by financing a revival of Richard Ill. To do so Tassi goes into debt to a lecherous uncle, thuggish pornographer for whom Tassi unwillingly works. The potential affair between Tassi and Schneider doesn't occur because she is married to an impotent husband (J acques Dutronc). w ho pulled her. from dru g addiction and prostitution, and to whom she eels an incalculable, unpayable  debt. What is set up is a complex arrangement of relationships in which characters are bound to one another through debts and commitments to intangible virtues. Tassi is indebted to his gangster uncle who feels he's owed the loyalty of a son to a father. Schneider is attached to her husband, who feels guilty about not being able to perform sexually. More than that, the film is about set of values, a search to have love and sex mean something in a culture that uses it as a commodity, as barter at the lowest level of human exchange. The film is taut as a guide wire as the emotional tension, with the violence being the explosions of frustrated, emotionally· constrained characters who can't seem to break out of their respective cells.
at September 14, 2015