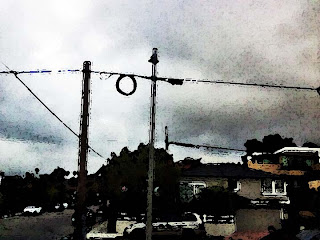 While discussing the aching , seemingly inexpressible pain and confusion that profound states of love and infatuation  can create within a soul, poet Robert Pinsky brings up the touchy subject of Ezra Pound. Pinsky, to be sure, qualifies his praise for the late bard appropriately, stating emphatically that his  treasonous broadcasts against the American war effort in WW2  and his racial theories are gross perversions. One had to concede his gift, though, the ear he had, his seemingly flawless ability to join t high falutin' , archaic and colloquial language into a new poetry that could touch the deepest , most inaccessible cords within the human soul.

This is Pinsky's belief, and he makes a good argument, but I don't hear the same music he does. I willI concede , though, that Pound was Modernism's premiere talent scout; problematic as T.S.Eliot's own anti-scepticism and conservatism are, his genius as a poet and critic make him Pound's principle gift to 20th century culture. Otherwise, I find Pound's own work, in large parts, to be an unsatisfying , lumpy mash up of styles, ideas and techniques that are finally doomed, despite bits of real brilliance, to a nostalgic ambivalence preventing his work from truly catching fire, as the work of Eliot, Blake and Yeats had done.

There is, too often, a sage tone that is emulation, constructed, not actually inspired, created perhaps in ironic parody of the older forms Pound sought to separate modern poetry from. The effect, though, is that he seems tethered to the past, as he spent a lifetime trying to create something of equal genius on the terms of past masters. This , I think, contributes to the blow hard I hear in is writing, a smart man , not a brilliant one, who cannot distinguish between his good ideas and his bad ones.
at February 16, 2012