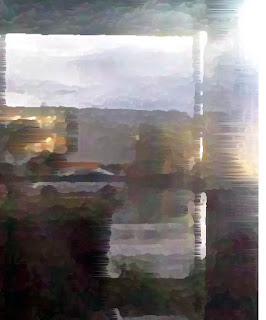 The odd headline for an otherwise good article chastising an attempt by big media to make a dollar from the Occupy Wall Street movement reads as follows:"MTV Loses Its Street Cred". That was something of a jolt. When did MTV ever have street cred? The thing that sold MTV to the masses was that it did not even try to represent anything alternative or non-corporate; their job was to absorb anything new, fascinating, interesting into the mainstream and make it salable.

That is to say, it neutered the power of any trend or idea it got its hands on and made it inconsequential once the audience was saturated and bored with the new toy it was given. Politically and culturally, MTV is the epitome of the gutless wonders, spineless hustlers of distractions and minor key naughtiness. It is suitable that they abandoned music altogether in favor of more profitable reality shows, stemming from the extended run of its program "The Real World" , which has demonstrated for over two decades that eighteen and twenty year olds randomly selected and placed into a large house well stocked with alcohol are more than capable of being an unpleasant , whiny , self-obsessed bunch of know-nothings who you wish would dissolve into some corrosive ether.

It is a sad, pathetic thing to see that MTV desires to make a corporate buck off the Occupy Wall Street ; perhaps next they will bring the survivors from "Jack Ass" so see how many unemployed will allow their nuts to get wacked for a fifty dollar debit card. My hope is that the movement is more resilient than any media presence's attempts to have it contribute to a bottom line.
at November 05, 2011

Email ThisBlogThis!Share to TwitterShare to FacebookShare to Pinterest
Labels: MTV