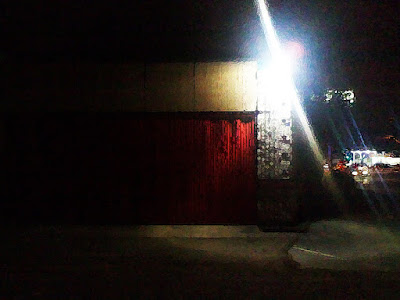 Only sometimes the city  fails to amuse
strangers just off trains with the hard recesses
of its skyline, a profile of brow, nose, jaw
on a pillowed mesa staring up toward
radio waves the million eyes of open windows
cannot view but which can be heard as songs
by regular citizens driving cars or else walking to work,

Every corner seems empty for mere minutes
before lunch and after the whistle blows again,
factory life and gleaming towers amuse strangers
just off trains that there are the remains of decent seats
where band stands stood inside auditoriums composed of bricks,
for mere minutes only the leaf blowers and the radios of the hired help
fill those gaps in the recesses between the buildings and factory vents
while most everyone else hunker in their cubicles dialing clients
and crunching numbers like ice cubes under tenderizing mallets,
everyone else, mostly, unless it's their day off
or they died trying to have one,

On occasion there is no last bus
which means you stand  there
on the corner next to the bridge
and Marine Recruitment Depot
until the end of time because
this day cannot end
and no  one goes home
because the whistle
will not blow
and the elevators do not work
yet there is talk of angels in the machinary
who will turn off the lights
and make the engines steam up again,
the strangers will take their leave,
and from the corner of your eye
you think you
saw horses
crossing the tracks
horses stubborn in their equine poise
rearing a head, eyes insane
and on fire, a train approaches,
one air blast, now two,
citizens in parked cars cheer and unwrap candy bars,
nay, nay,
this all ends tonight,
the way out   of town
is on our backs
if you can catch us,
nay , you can't
and we are gone


And gone
too are the last bits of rubber
yet to fall off your tires,
you look about
and let loose a long held breath,

the traffic lights
continue to change
red to green to yell and back
all night
and forever
when no one else is looking.