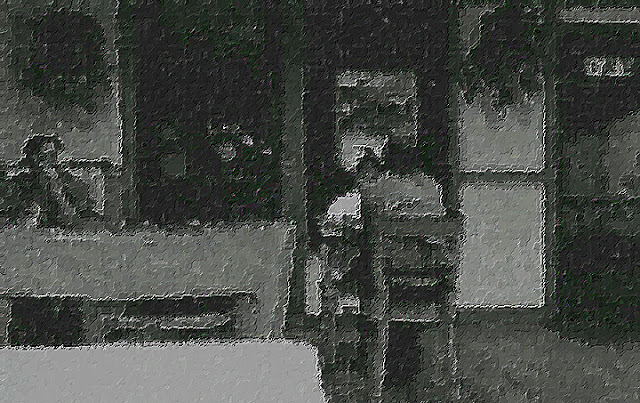 David Ferry is among the least interesting poets I can think of. He does, though, come with an interesting premise on occasion, although the result is predictably disappointing; what you thought me might capitalize on he instead fumbles, makes dull witted. "Soul", a poem  now on Slate,  is his  attempt here to convey the worries and woes of getting older through the persona of a lobster is flat, humorless conceit that is not helped not at all by the poet's hurried pacing. The punchline seems to be a variation of an old  12 step group cliche about wanting one's insides to match other's outsides,that one wanted the ease and comfort others appeared to have for themselves. Ferry's monologist feels his body falling apart and changing for the worse and  desires a hard shell, something that both protects what is left and which also hides.

All thought, and all digestion, and pornographic
Inquiry, and getting about, and bewilderment,
And fear, avoidance of trouble, belief in what,
God knows, vague memories of friends, and what
They said last night, and seeing, outside of myself,
From here inside myself, my waving claws
Inconsequential, waving, and my feelers
Preternatural, trembling, with their amazing
Troubling sensitivity to threat.


Ferry isn't addressing anything , isn't discussing any points of contradiction, is not attempting to embrace a dialectic in his experience, that is, witnessing conflicting reactions to what his life has come to and witnessing the facts that result from the conflict, the new ground he'll be standing upon. This is  a man reciting a list of talking points  which hastily connects a crustacean attribute with an elderly human foible .  This reminds me  of nothing less than someone reciting aloud key points of an exam they are about to take or an address they are give.  This is not a lobster speaking, but instead a narrator who is musing why a lobster's body would be better for him than the one he actually has. The metaphor, as I said, is an interesting one and has potential, but Ferry doesn't make it work. The tragedies and set backs and declining physical prowess make the poem poignant, but do not, of themselves, make them poetic.

David Ferry hasn't engaged his idea--this is the writing of someone trying to describe in detail the things they see from a moving car's passenger window, the result being a series of quick summaries and ad libs that cannot avoid their essential inanity. Kerouac had written that the first thought was the best thought ,that one ought not refine their "ah-ha!" with refinement, an attractive premise that has , in fact, ruined countless poems. The poet's job, I think, is to put in the work, apply the craft and, like good actors with a superb director guiding them, don't let anyone see you sweating the technique.Empathy is easy for all things related to getting older and feeling less vim and vigor ; I understand Ferry's interest in the topic. Empathy, though, does not by itself grant quality. He had an interesting at the start when he suggested that lobster's body is better suited to a human one since he is feeling less human the older he gets. It 's just too bad that Ferry's resulting poem doesn't rise above a rambling list of aches and frustrations.
at March 31, 2011