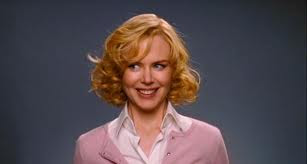 The debate continues, somewhat, among the partisans as to the worth of retired film critic Duncan Shepherd's 38-year stint as the San Diego Reader's film critic. The anti-Shepherd league maintains, predictably, that he didn't like any movie release, promiscuous he was with those black dot ratings, and, more significantly, the good man hated movies altogether.  The fact that he was hard to amuse with a film was one of the things that attracted me to his writings--finally, someone was casting scorn where it needed to be directed--and the charge that he disliked movies altogether seems more evidence of a reader who hadn't read much of Shepherd at all. Or that they missed the points of his arguments. One of the pleasures of reading Shepherd was when he made an unexpected choice; movies that would otherwise be forgotten despite a bit of unpretentious style and form-fitting finesse found some favor with the critic who could respect those filmmakers who could appreciate the genre they're playing in and make it fresh without resorting to a grandiose strangeness. This is what good critics do, make distinctions, find exceptions.

It's hardly surprising that film critics have had a field day slicing the Bewitched movie apart into the thinnest ribbons they finesse, given the historically grim results of TV shows converted into film features. The presence of Nicole Kidman, Will Ferrell, Shirley McLaine, and Michael Caine hasn't assuaged the misgivings.  It surprises me only slightly more than  Shepherd found nice things to say about it.  It's not the routine practice of someone making fatuous statements to raise the temperature. Shepherd is more discriminating than that, sticks with particulars and examples, and compares the current film against a host of other recent work by the current Bewitched participants. It amounts to arguing that the film is good because it sucks less than recent offerings; it's an awkward way of making a case for a movie and a nightmare for studio publicists searching for a helpful blurb. But it gives the reader a compelling sense of how at least one critic thinks popular entertainment should be constructed and executed.
Shepherd is, to my eye and ear at least, a consummate if quirky prose stylist, a peerless historian of film art, and a refreshing breeze of honest opinion when he renders judgment on a feature. He has an aesthetic he will not abandon, and the endless tide of grueling gimmickry hasn't worn him down.  I am less exacting in what it takes to entertain me at the movies, and I usually am more charitable than Shepherd tends to be. That may only mean that my standards are more relaxed and that Shepherd's love of the movie art is such that he abhors seeing the medium wasted on plots that wouldn't satisfy the requirements for an airport novel. Yet I read him all the same, given that he's the sort of critical contrarian who prosecutes a case instead of pontificating about what aesthetic absolutes are being betrayed. He is not a critic who bemoans the death of the movies; it's one movie at the time, bemusedly observed, and judgments rendered insane and witty fashion. He's the sort of man you dread to see on the opposite side of a debate since it would mean that you'd need to shore up your argument to a sounder foundation.
Three decades, I think, into his job, and his reviews are as brutal if elegantly phrased as ever. He does catch you by surprise, though, and finds sensibly lovely things to say about films other critics have attacked like packs of hungry dogs. He gave Prince's star-writer-director vehicle Under The Cherry Moon three stars out of his five-star rating system, appreciating the film's look and measured style and the director's ability to create a fantastic sense of place without making a mess of the art he's trying to create. Likewise, he awarded a  five stars to Walter Hill's seriously under-estimated Streets of Fire. Among other comments, he cited that virtually every other critic missed or chose not to discuss, that the ostensible rock and roll fable was actually a Western with its narrative conventions set in the mid 20th century America. Shepherd's discussion of the Hill film is more nuanced than I've given here, but let it suffice that he was right about both films.
at November 28, 2010