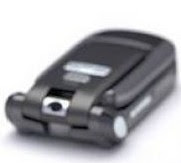 The commercial has a Twitter addict gleefully thumbing his message "I am sitting on the porch", and it seemed to me , momentarily, we might entering a time of New Brevity, with language being composed less of phrases that build their way to more complex meanings and more by lexical equivalents of shrugs, sighs, head gestures, rolled eyes.

The limits on the number of characters you could use for the tweet you had in mind forced you to boil your idea down to a point to where even essence is seared away and only the proverbial grunts of need remain. It would , it seem, be a potential source of making one's recognizable language do interesting things, the irony being that one begins with a coherent series of things to say but who , made to observe limits they cannot modify, are made to reduce their communications into something akin to tea leaf readings. Read between the lines, fill in the blanks, assume the Tweeter hadn't made a thumb-inclined typo and in fact meant something significant with an odd string of visual glottal clicks.

Someone came up the idea here, where an endless stream of Tweets are amassed, stanza style, in what reads like Modernist poetry feeding on it's own armour plated tail. There was a rule applied to the other wise random nature of the project: each line, from different tweets, had to rhyme. A sample from today

digg this
stuck downstairs... at least i have computer, TV, food, and potty!!!
Mind pelicans and dropped cell phones when driving your Bugatti...
gay fags put it on twilight and changed the whole song in the process.
This class is becoming more and more pointless as the weeks progress.
I'm about to go to the gym with my sister and brother..
Got lunch on my top so had to nip out and buy another.
praising God for my life and the life of others
Robin Williams and Bono look like brothers.
I have a twin, and she's bad at everything.
Just ate breakfast.. and i cant taste anything!!
Tim McCarver is making my ears bleed and my brain hurt
You might say I'm such a flirt, lipstick on my neck and shirt.
you're such a mystery, i just want to stand and stare.
i can't wait to go home today and smell some new air.
Just woke up and I'm still thinking of you. Fuck my life.
Now where did I put my hockey mask and butcher knife?
Im so tired. I'll take the walk and clear my head and Star Wars was fun
Awesome. I'll budget and rearrange my room and I may get one.
is pumped to see what Jesus has in store for my life and my band.
Good morning everyone! Got a day of fun and craziness planned!

This is in The American Grain, the lingua franca William Carlos Williams had so much faith in, the metronome-smashing , multi headed parlance. Endless lines of concern, emphasis, interest and obsession coming at us through the air, joining up with other odd phrases and fresh banalities that give a everyone who wants one a voice to spend their two cents as they please, the only limit being a 140 characters at a time. Our collective conscious, it seems, seems to be something that is now ruled by an impatient twelve year old with a remote control. Not that this is an original idea for poetry , visual art, or writing in general--William Burroughs did as much with his cut up method , his slicing up of various texts, his own and others, and reassembling them in striking phrase combinations that would, despite their nonsequitor essence, forced you to consider the implications; it was something of a peak into a hell you denied being afraid of.

The Twitter aesthetic, or the lack of it, is that now anyone can play and do so fearlessly, unafraid of the swirling materialistic signifiers that threaten to distract and dilute their ability to ask for a glass of water at coffee shop, and also at what the results of the jerking language combinations suggest. They suggest nothing, and only reflect on the emptiness that is at the heart of a personality that hasn't anything worth while to do. Hell has been redefined as a life without Twitter,without Facebook, without a cellphone to broadcast one's face and quirks across the receiving universe,
at November 13, 2009