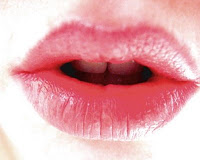 It's strange to go through old bits of writing and see again what you once thought was simultaneously cutting edge and timeless. This isn't the sort of thing I pursued in my writing life, and have vacillated between degrees of difficulty that at least read well, but I can't quite dismiss my time attempting to write within the self-critical confines of Language poetry as being a waste of time; it was , in fact, terrifically instructive, not least of which was to direct me toward my strengths and away from my weaknesses. I also have a real fondness for some of this enjambed lines and marvel at the language's capacity to snap back into usable form after being tortured and twisted by willfully abusive wunderkind.

But overall, I couldn't see writing a poetry that only a brief coterie of associates and a thin scaffold of masters might appreciate. I read this and recognize that the non-sequitors have there origins in actual conversations in which tempers flared and love affairs commenced, and that the puns are jokes I used to share about texts, authors, gossip, local landmarks, pop culture references, all mixed together in many attempts to dislodge the master/slave relationship we thought existed between writer and reader. The words to describe the appearance of things that compose an imitated world are the subject of the Language poets; the variant commodity fetishism that links a unified idea of poetry to a consumer reality is reduced to non-sequitor, babble, a distracted murmur of people standing in line.

The problem, though, is that that audience for whom the pieces were intended has dispersed, moved on, or died as tends to happen in the unexamined life, and the poems and texts I produced emulating Language poets are homeless, so to speak, sans an audience to confound and taunt. People just stared at me at the readings where I dared trot this creaking experiments and attempt to perform them; imagine a room full of confused dogs staring at you, heads tilted the side, waiting for the biscuit of wit you don't in fact posses.

The problem of my early forays in public forums was my impatient vanity , that of a young man in a hurry who didn't want to learn lessons, emulate those he admired nor apprenticed in some way to a mentor, but desired instead to bump shoulders with the Grown Ups. The verse I managed was odd, choppy, strangely conjoined, and little of it with that element of being "made strange" that inspires a parsing, an inquiry as to origins and strategies. Strange looks and nods were my response, and the harder I tried to be brilliant, the stonier the silence became. It was a sheer cliff of non-response. It would be a few years when I finally happened upon a style , for better or ill, that was my own. Just as a great harmonica player like Sonny Boy Williams wasn't afraid to be simple in his riffs, I in turn had to get beyond my fear of being understood. The densities , layering and sweet pastiche of voices and dictions were the stuff of other, better poets; I was at home, at last , with the sound my own voice made.

Unlike Cage, extended silence bothers me tremendously, and over the years I've opted for a style and strategy that at least invites the reader to interact with. It's not inaccurate to say that I found my subject thirty years ago, but only fifteen or so years ago did I find the consistent, flexible voice to give it life.
at April 27, 2009