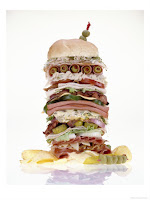 I wanted to like Tony Hoagland’s poem “The Story of the Father” more than I did, if for no reason other than the description of the father burning the photographs reminds me of a potent scene in Reynolds Price's bittersweet novel Love and Work. In the novel, a middle aged English professor finds life closing in on him as he tries to balance the demands of organizing a literary festival at his college, becomes more estranged from his wife, and quite suddenly has to realize that he has to close the house of his recently deceased parents. The professor is an especially loathsome schmuck, self involved, resentful of the needs of work and family on his time and patience. Coming upon boxes of old family photographs, the beleaguered teacher throws them into a metal trash can and sets them on fire and it is there, watching the photos curl and bubble and finally obliterate the youthful faces of his dead parents that he looses it, breaking into tears, confronting the frustrate, clenched assholism of his current life. Price is a splendid writer, not one to over describe or tell you with an excess of verbal flair how to read the scene; he is very able to get across the tension, the unspoken dynamics of a situation without so many metaphors or flashing similes and allows the scene to make you think of some of your own touchy circumstances. Empathy is the word.

Hoagland's poem is all editorial, though, a clinician's report of a depressed patient. Whatever the intent, this poem is etherised upon the table.The writing is actually better than "a clinician's report", but there is the sense that what was over written in first draft was cut back but with the full intention of keeping the poem weighted with two generations of family grimness; the over writing still shows in lines that hope to be clean and elegant in their lack of qualifying distractions.

How quiet the suburbs are in the middle of an afternoon
*****************when a man is destroying evidence,
breathing in the chemistry of burning Polaroids,

watching the trees over the rickety fence
****************seem to lift and nod in recognition.This would be expected in a Rick Moody novel, who has tried to revive the darkly humorous melancholy of John Cheever with writing that combines battling metaphors and inclusions of botched, deadwood imagery, so glaring in his novels like Ice Storms and Purple America, the kind of writing that is a stall for time until the author can finesse a transition. Hoagland's lines here are self conscious to the degree that he expects to gain respect for telling an anecdote so close to the Everyman’s grief-sick heart, but this poem seems no less a template of sad tale telling than what one is likely to hear or say when no can figure out what the proper words are when trouble arises and troubles formerly smooth waters.

Hoagland sticks with fussy details that he writes about as if he were still mentally arranging their order as he settles for the one among many unsatisfying options. The contained and compressed form of the poem might well be his trouble, as these are details that fit a short story or a novel where family interaction and private rituals emerge in a more expansive narrative. You read lines like these and wonder what Richard Ford or Russell Banks might have done if they were used in the length of a novel;

It is not the misbegotten logic of the father;
it is not the pity of the snuffed-out youth;The writing is fine as is, but the effect is toppled with a narrator’s remark, a summary that draws attention to the rote dynamics, as well as showing a writer trying to condense a bulkier cargo of ideas.

how it moves around inside of him like smoke;

This is a sentence that begins a work of fiction, along the lines of “Call me Ishmael” or “They through off the water truck at noon”, a fast and arresting introduction to a character that then tells of his immediate situation and then recounts the events that have brought him to his present vantage point. Hoagland’s attempt to crystallize the unspoken alienation, anger and stunted grieving with phrases that don’t introduce character but rather attempt a wistful acceptance of what cannot be explained leaves too many things unattended to. This poem is a Dagwood sandwich that spills from between the bread slices.
at May 16, 2008