"Losing My Hair" by Wesley McNair

Much great praise to Wesley McNair for not despoiling the English language with a screed regarding an intractable trauma, the loss of a male’s hair. There are other poets one can imagine who would have taken up this slim vessel of a topic and filled it , cracking the sides of the fragile conceit, with the sum of their learning. "Losing My Hair" is more than the lament to fallen follicles the title suggests. It goes several cuts deeper,and is a meditation, in fact. Extracting big ideas from small incidents is an art in itself, but one might well ima 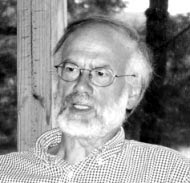 gine the kinds of obtuse and obstructed reactions a good many of Robert Pinsky’s favorite poets might have constructed, contrived, condescended in turn; the failures , as I imagine them if such a challenge were put forth and accepted, would stem from the frequent disconnect between the professional poet’s gut and his head. There is a struggle one notices in the Slate poetry selection week to week in which the struggle to wed an emotional impulse with a voice honed with writerly language hadn’t yet been accomplished, with the division coming across in many an unsatisfying poem remarkable for a poet’s inability to decide how they want to address their experience or illustrate their ideas.


On the matter of a man losing their hair, many of those we’ve read over the previous week would likely succeed in clogging up the sink with hirsute poems that shed everything from themselves save a memorable line, a quotable refrain.The ironically named McNair gives up of bringing emotion and notion together into a focused set of succinct lines; in the guise of a tired parable about being chased by wolves across the tundra, the poem at first seems a comedy in which we see one’s hair, a former crowning glory of masculinity and power, giving itself to the wind as one flees a peril it cannot battle . But the image and the metaphor it carries enlarges soon enough, quickly,


I myself
am suddenly the aging man

who must reach inside his chest
to find some failed organ
that might appease them,
though all I have now
to throw over my shoulder

is this small offering that lifts
in the wind when I turn back,
flying apart so high above them
it has nothing to do
with the gathering dark

It’s more that this is an admission that what once were thought of as negotiations with aging and inevitable death where one offered up one feature, one youthful skill in return for a forestalling of the final darkness that waits, McNair’s narrator realizes in a flash that all that is mere fancy and delusion. Everything that goes by the wayside as one ages—hair, sex drive, agility, the strength of one’s limbs—are not things that one offers for sacrifice freely but are rather things that are removed in natural progression; how long one holds on to these measures of vitality is luck and circumstance, not a sign of how powerful one might have been.


it has nothing to do
with the gathering dark
of their bodies, and their swift
legs that barely touch the snow,
and their cold, patient eyes.

Swiftly, surely, seamlessly, McNair gives us a thought unfolding in rapid succession,one succinct and complete aspect of thought following the other, each elaborating and contradicting the notion before it, until there is only a stark, clear image left. The concluding image, where the realization that one's end is not something that cannot be bargained with or sedated with sacrifices of elan and looks,is perfectly , squarely crystalized as wolves in pursuit, an inevitability that encroaches upon and shrinks one's skill at distracting themselves. I like this poem and it’s compactness greatly, and I find it a wonder that Wesley McNair conveys a fairly complex layering of meaning in such a short space, with such direct writing.
at February 08, 2008