John Lennon and the Weekly Standard 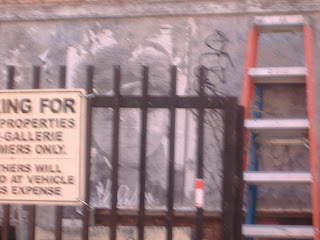 There's an uncommoly irrational amount of slobbering gibberish coming from this Weekly Standard's piece from 2003, about the 23rd anniversary of the death of John Lennon. Shame on these guys for a waste of brain power. Lamely, hired shill Joel Engel attempts to parse the utopian day dream of Lennon's idyll "Imagine", citing a line from the song, and then going on about the usual cruel realities of the read world. All of this, we find out, leads to every sin and perversion we might concieve. It's tiresome, of course, because it argues, at heart, that there is nothing anyone can really do to make things better, and that one might as well be grateful for the tense little bits and pieces of material gain they have in a world where military might and technology stands in the way of dark hordes taking over our country, our country, and our women. It's a frothing rant, demanding apathy of readers who might other wise be convinced that there is a way to not merely describe reality, but also change it.

The writer misses the obvious point of the tune which is that it's written as if it were a children's song, and that the song only asks the listener to "imagine" a perfect world, that's all. Lennon, though not a subtle political theorist, was an artist and something of a poet in his finer moments, and the song here is meant to motivate, encourage, nudge, and encourage people to actually try to have better lives by being better people. The point is clear, even if not obviously stated: engage the world, seize the world, carpe diem. What worries the Weekly Standard editors is that the form of engagement might well be scores of folks suddenly registering as Democrats.Silly, but this is in keeping with the grand old party's tradition of less goverment and creating an apathetic distance between the common folk and their government that regulates how rights are divied among the population and how resources are used. Silly,yes, but less so than the creaking insults Engel cobbles together for this anniversary hit piece. Joel Engel hack job here is the gasping disdain of a party hack , an moldy pile of obvious sarcasm he attempts to use to obscure the fact that he hasn't a clue as to handle the song. Doubtless an editor assigned him the task of pissing on Lennon's memory, and this is the sorry best he could come up with.

This is right wing rock criticism that equals the bone headed assertion by George F.Will some years ago when he declared that Springsteen's "Born in the USA" was a song of unquestioning nationalist pride; as with the case of Engel, Will didn't consider the song's lyrics, and you wonder if he even bothered to listen them closely at all. The simple narrative of a pissed-off Vietnam vet myseriously eluded Will while he vainly tried to turn it into Republican propaganda.

Will didn't succeed in his stint as rock critic, and Engel fails even worse. The worst part of it all is that he spends his time wallowing in the kind of sophistry he accuses Lennon of. But it does me good to realize that twenty three years after his death, John Lennon is stil considered an enemy whose spirit must be attacked by those who identify him as evil, bad, a harbinger of bad times a'comin'. It makes me think that there are some things in this world worth fighting for.
at January 09, 2008